I saw several old paddles at the Teche Boat Show that looked like the cut off end of an oar.
I didn't have any oars to cut off so I made this paddle to look like them. 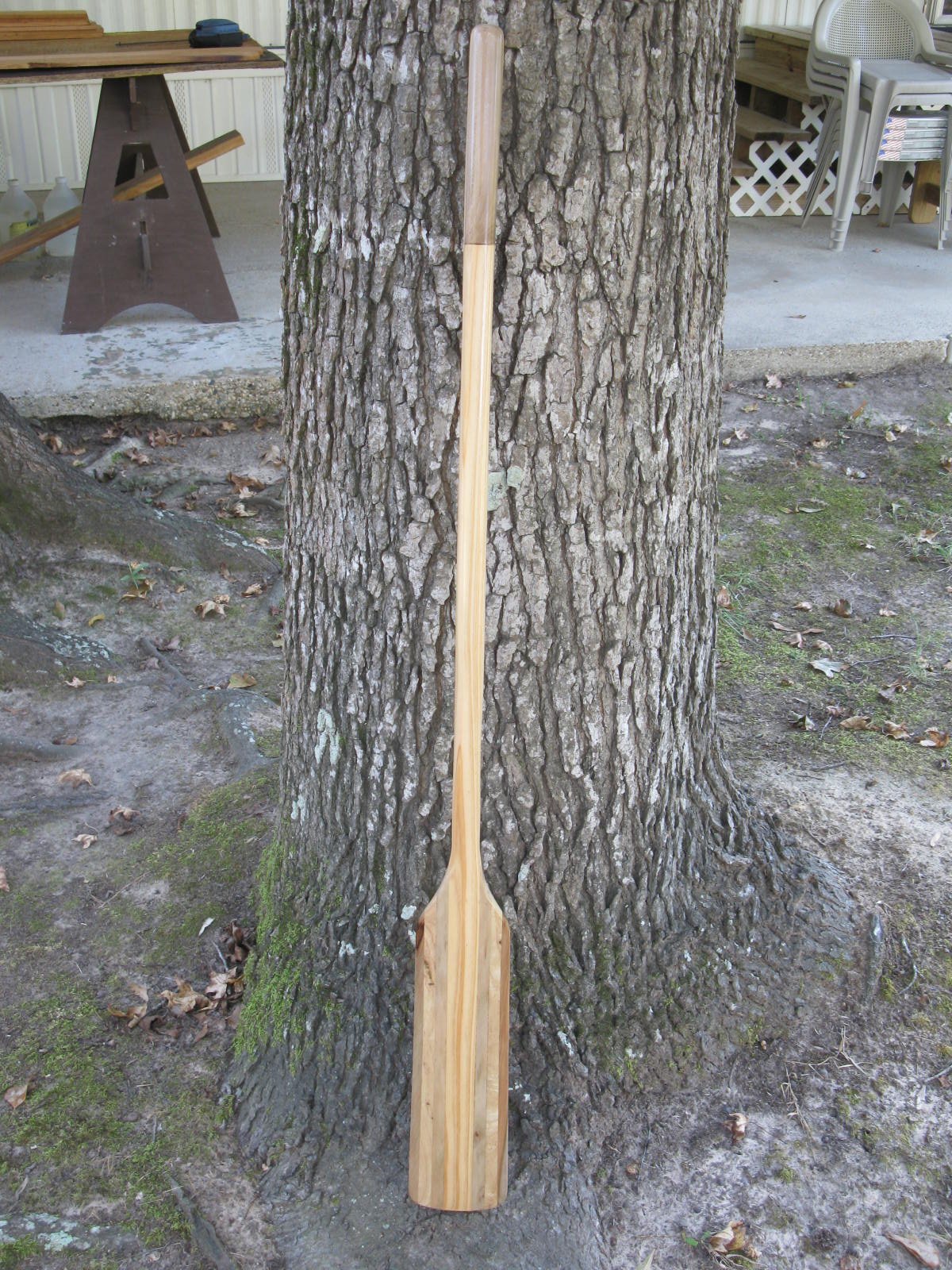 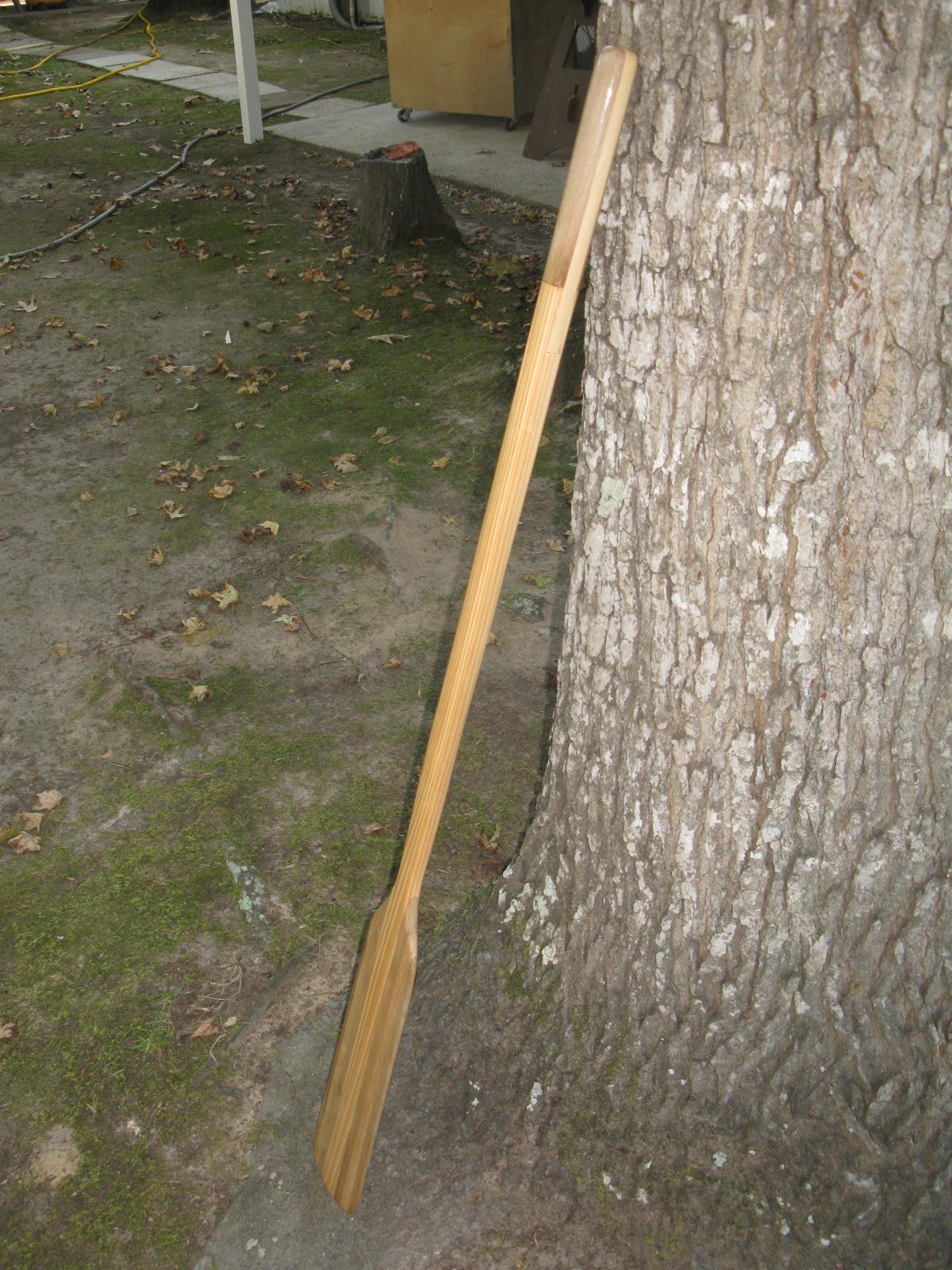 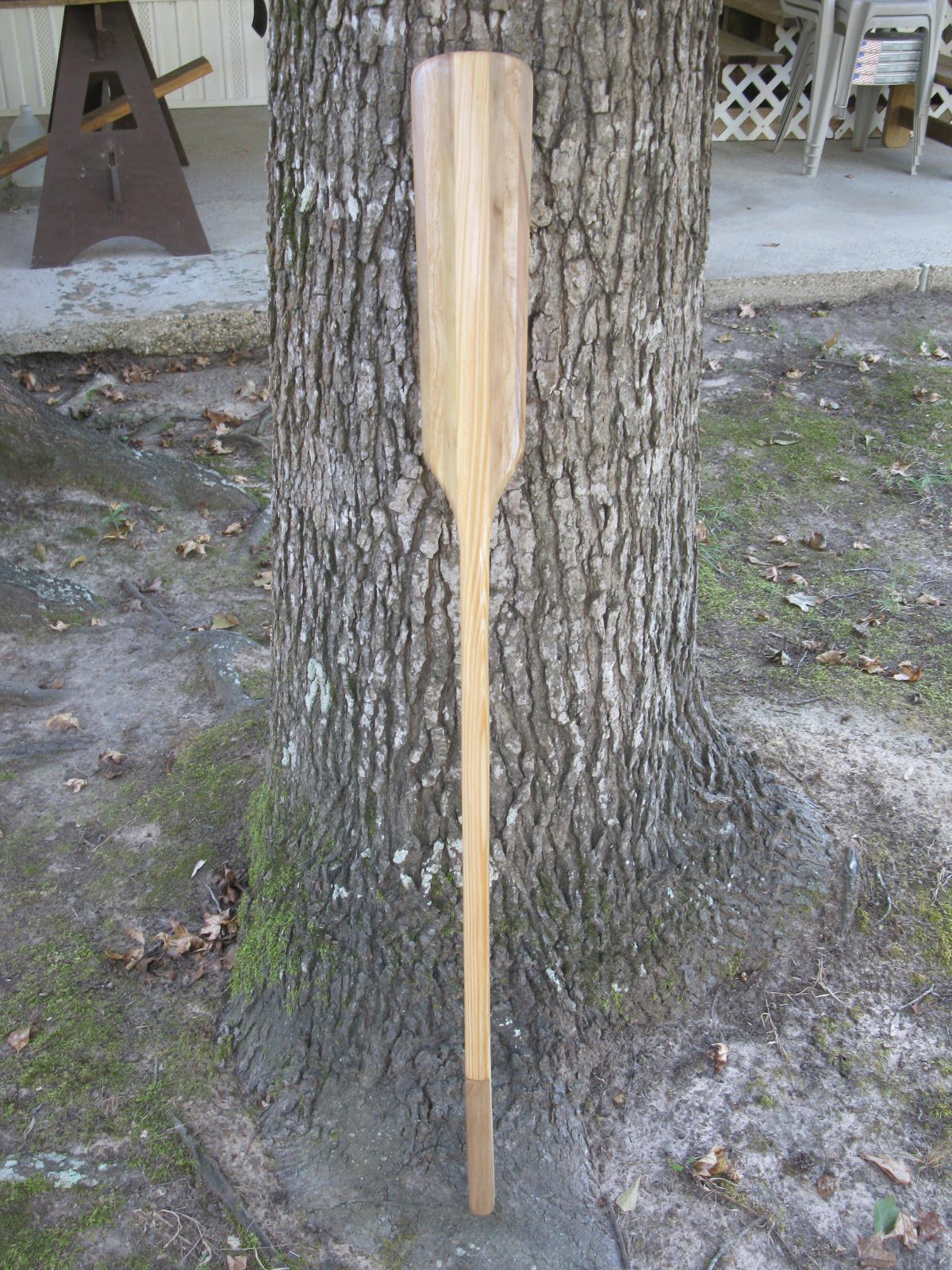 A paddling companion of mine, - one who has since gone to that great portage in the sky - used to prefer narrow paddles. Some were beaver tail, others were otter tail.

JD, I believe you would rather fish, be with Grandkids, and work with wood than almost anything else in the world! Somewhere in that line up of druthers, would fit in "hugging Momma Bee", and "eating Momma Bee's cooking", I'd guess.

God luv ya. It's a privilege and pleasure to have you as my Grampa!
B

Narrow paddles are how narrow? Wide paddles are how wide? Which is best? These are hard questions!
I have limited experience, and even less knowledge with single paddles to even discuss possible answers.
I just like whittling them out.
In south Louisiana there seems to be no set design. Probably a lack of professional makers. When pirogues and other paddle boats dominated the waterways they were built by a local craftsman. The average Joe did not have the skills, tools, or materials to build one. He could make his own paddle or at least cut off an old oar.
Paddles from my child hood and young boy years came from the Brown Oar Factory in Denham Springs. My Dad always bought "seconds". It would have been a waist of money to use a good paddle for the rough duty we put them through.
K

In the Au Sable River canoe marathon, held annually in Grayling, Michigan, paddles have undergone series of changes. Other paddlers watch - very closely - to see what works best. In the 50s paddles were traditionlly shaped. In the 60s, the blades got wider, some nearly a foot wide.

Verlen Kruger came along, and made the study of paddles knto scientific experiments. Paddles got lighter - MUCH lighter, shorter, and BENT!!! Blades became smaller, about an 8" square with rounded corners. Paddling cadence increased to a faster pace. And rudders began to appear on boats.

I don't race. I have zero interest in paddling more than 3mph. Unless, of course, if someone's shooting at me. Fortunately, that hasn't been a problem - so far. I like the double ender paddles for the extra control ability that they provide. I've been saved, several times, from broaching in heavy winds, capsizing in reflected waves coming in from two or three directions, being swept sideways into obstacles, etc. by having more control derived from simply having more paddle in the water.

Different paddling situations require different gear and techniques. One of these times,, I'll figure it all out. I hope.
You must log in or register to reply here.
Share:
Reddit Pinterest Email Link
Top Bottom