Seedtick loaned me his Dad's paddle so I could make a pattern. This is my first attempt to copy the design. I only had a short time to get it made so I had to use some scrap lumber I already had. 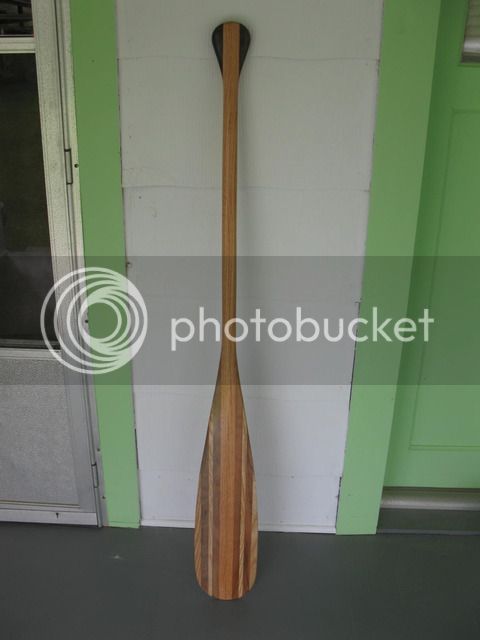 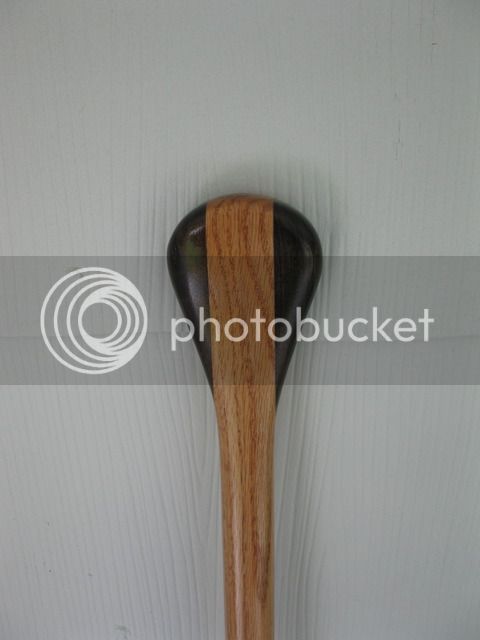 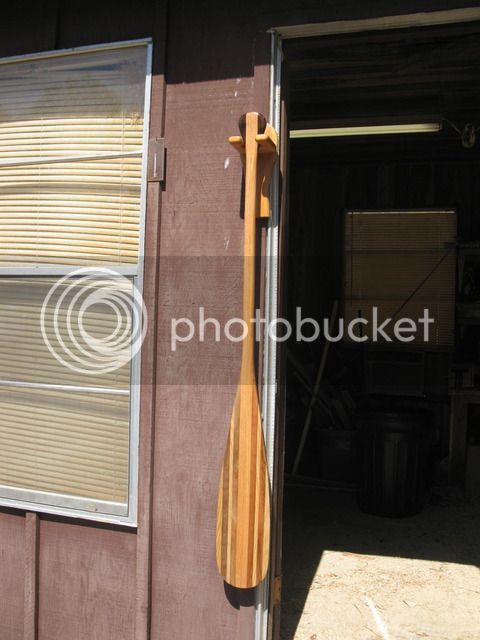 I'm so proud of you, Grammpa! (JD is my Grammpa. He makes boats for me.)
B

Thanks Jack.
I made the paddle for my brother in law's birthday. A few days latter he called and said, Robin Brown the grand-daughter of John Allen Brown who was the last owner of Brown's Oar Factory was at his house and he showed her the paddle.
She said she really liked it, and was honored somebody thought enough to copy one of their paddles. She still has one of the original oars from the factory.
He also sent this note and picture. " I'm holding the paddle you made, and one that I rode my bicycle to the oar factory and bought for two dollars in about 1958." 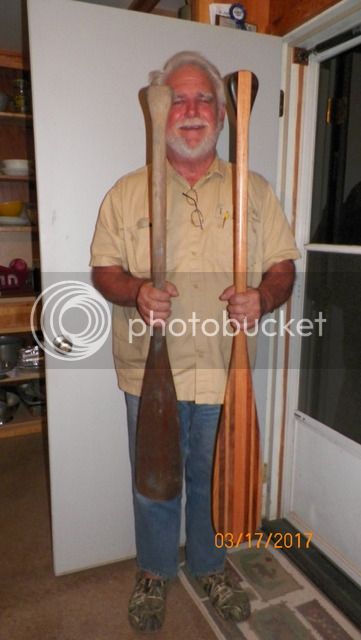