Exactly what is a Canadian canoe? I keep hearing that term thrown around and have no idea what it means.
J

The term Canadian canoe seems to be mainly used in Europe and Australia to mean usually an open canoe, although it can also be used for decked canoes. These designs were developed in the birch bark canoes by the native peoples of northern North America. They were used by native peoples over most of Canada and also by the voyageurs there in trading with the native people and exploring the country. In the 1800's and 1900's and up to today many great canoe manufacturers such as Chestnut and Peterbough to name just two have been located in Canada. The canoe has had more influence on the history of Canada than any other country and is a symbol of the country.
O

I will take an uneducated guess at the reason.

Going back in time before the white man arrived on these shores.........

The Canoe could be called a Canadian canoe because of the geographical area where they were originally developed .... the northern states ( now , not then ..it was all one area) and Canada. This it where the Birch tree grows and that was the original building material used in making them.

The southern states have the Cypress trees so the boats indigious to that area were dug outs or early pirogues , different building materials , different waters and different environments.

Out west in the plains it was Bull Boats or boats made out of a stick frame work and animal skins , usually Buffalo , they were round in shape. Unlike in the arctic , where there were long skinny ( open water) boats called kayaks made from drift wood and seal skins.


Later when the white man arrived and started expanding out and over this land..............
Over time the canoes migrated south with the population along with the kayaks and to distinguish the canoe it was called Canadian to separate it from the other boats.

Today we have the Canadian canoe , the Inute kayak and the Cajun (southern) Pirogue with dozens of variations but all related to the original three boats.

That is me thinking out loud , guessing at the reason for the reference made to the different boats , never have heard of a Canadian pirogue or a Cajun canoe. Heard them called Cajun Cadillacs in the past. :lol: :lol: :lol:

( What is bear talking about ... everyone knows that "W" stands for We-no-nah Canoes

"We are going to take things away from you on behalf of the common good." Hillary Clinton .... Chuck )
K

In England, the term "canoe" means what we call a kayak. To differentiate, they say "Canadian canoe" to address what we colonialist call a canoe. Just semantics.

In Australia, we call any boat that roughly looks like this -

as being a Canadian Canoe.
O

Kayak Jack said:
In England, the term "canoe" means what we call a kayak. To differentiate, they say "Canadian canoe" to address what we colonialist call a canoe. Just semantics.
Click to expand...

England called the Rob Roy a canoe .... I call it a semi kayak or decked over boat , Not a true Canoe , they are open from end to end. They need to understand the English language. We tried to teach them everything and they still don't understand. :roll: :lol: :lol:

The word 'canoe' originiated from the word 'kenu' - meaning dugout.These seagoing boats were used by the Carib Indians of the Caribbean islands.
North American Indians are responsible for creating the more well-known version of the canoe - a frame of wooden ribs covered with the lightweight bark of birch trees, and sometimes elm or cedar trees. These boats, which have remained virtually unchanged in design for thousands of years
B

Europeans can also claim ownership of canoes and or pirogues as very similar boats also presented themselves over a thousand years ago there as well. Not too many places on the face of the earth where similar boats are not found
Hunters of Finland and Norway areas have been found (post morem of course) with similar craft dating back 3-5 thousand years
O

Bellybuster said:
Hunters of Finland and Norway areas have been found (post morem of course) with similar craft dating back 3-5 thousand years
Click to expand...

I see you have not ... that is ... NOT ... Paddled with Kayak Jack. Those boats are alive and well in Lansing , Michigan.

haha I've just always found it funny that we as North Americans tend to claim invention of things that date back a thousand years or more before white man ever set foot on this soil or waters for that matter. Such conceited beings we are
O

Belly I see you have pretty white sand beaches like Chuck does in the Sunshine state. 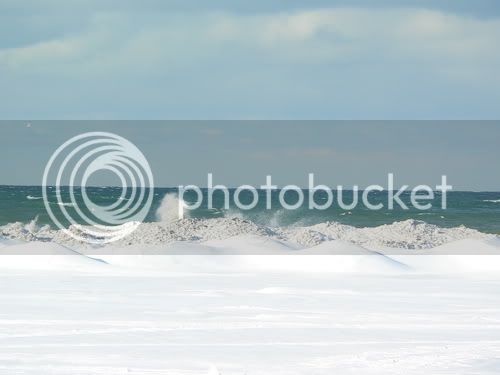 You're right, Belly. the guys who preceded us were every bit as intelligent (and, maybe as conceited?) as we. They sure developed some neat boats!

I'm thinking the elm bark canoes were not stretched over a framework. the elm bark was both the skin and the frame itself. It was, I understand, an emergency canoe rather than one to last for a longer time. A cylinder of bark was cut from a tree, ends trimmed to a curve and sewn, and thwarts tied in. Voila'! A canoe!
D

This is a link to an online book published in 1888 with some history of the canoe. I found it an interesting read.
http://www.friend.ly.net/~dadadata/vaux/00.html
B

Ha!!! you can surf for hours on those frozen waves
T

Ok being "European" (English - living in Australia so that statement is debatable) this is my take.

Even in summer the water is cold, so over many years after discovering the canoe, "European" canoes were decked more and more evolving into kayak like boats, elsewhere in the world the kayak was used, so a canoe is a boat paddled forwards, as opposed to rowed.

and it's always good to know that there's an American there, somewhere willing to correct the things we've all been doing wrong for so many years.. :lol:

I thought things had changed but in a recent visit to the UK a canoe is still confused with a kayak, I had to precede it with Canadian so that they knew what I'd been building.

My dictionary says canoe is from the Spanish canoa. I think it is more likely to descend from the French canot, meaning small open boat. The French opened up Canada and discovered these craft so they would have been first to name them.

I posted the following in the Boat Design Forum earlier (abridged):

My dictionary says the word kayak is from the Inuit qajaq. However, it is similar to the word caique meaning Bosphorus skiff which is from from the Turkish kayik. The Greek kaiki means the same thing.