The wife and I went down to Galveston early this morning to walk on the beach, no fishing. We got there early, but the beach was completely covered with Sargasum seaweed. It was a huge problem earlier this Spring, and I'd heard it was getting better.....NOT!! What a mess, the stuff stinks, too. Hope it gets cleared out soon. 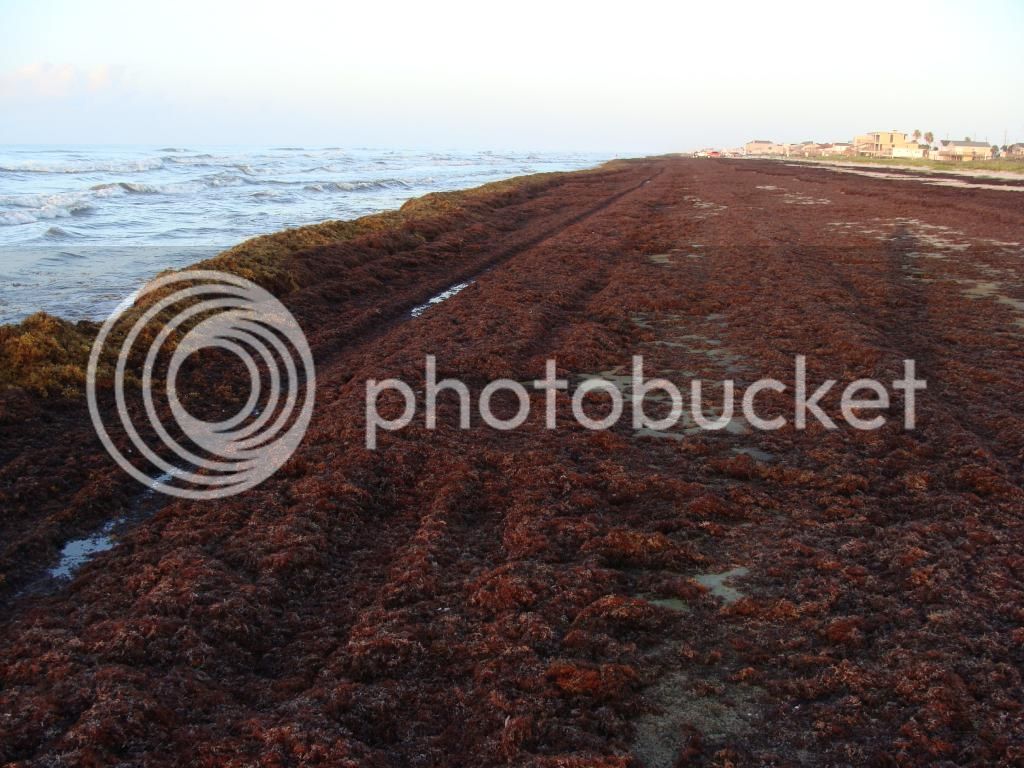 There were a few people fishing but not catching, way too rough for this old man... 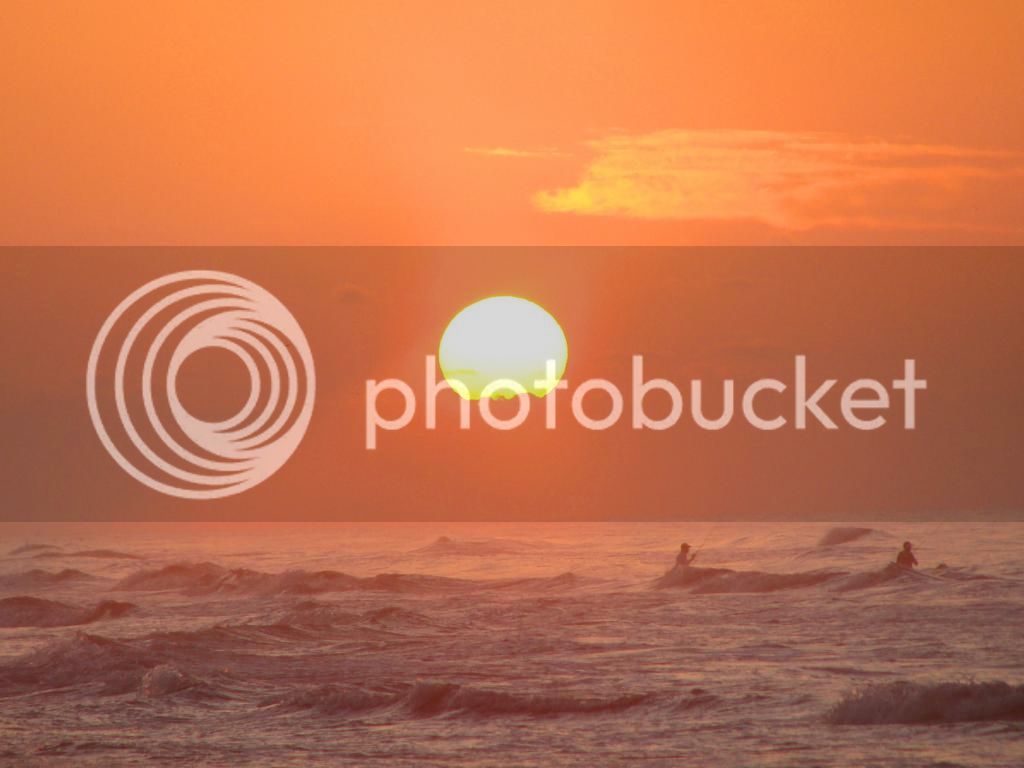 I had heard that there was bunches of Sargasum along the La. coast also. I wonder why? What is different this year?
Dan
W

I do not know this for a fact, but if you dug deep enough there is probably sound scientific data to prove that it caused by Man Made Global Warming.
Wannabe 1 with Gia
PS. That is one of the reasons I do not go to the beach. Seaweed that is.
K

I'm guessing there may be a few dead fish mixed in with the seaweed?

Did the Sargasso Sea move? Isn't that out in the Atlantic, somewhere?
P

Did the Sargasso Sea move? Isn't that out in the Atlantic, somewhere?[/quote]

It's the same seaweed from the Sargasso Sea, which I understand is pretty huge. Don't know why so much broke off from the main body, but what you saw in the picture was nothing compared to what was on the beach a month ago. We normally have to put up with some of this stuff on the beaches in SE Texas as a normal thing, but in my lifetime (68) I've never seen it like this.
K

Phishtech said:
We normally have to put up with some of this stuff on the beaches in SE Texas as a normal thing, but in my lifetime (68) I've never seen it like this.
Click to expand...

Probably a bit salty for the garden. Smell a bit strong for the wife. That is why I have not put any Humeculite (not sure about the spelling) on the garden. Some of the ranchers around here puts it on their hay fields for fertilizer. It is composted human waste and stinks like siht when it gets wet. It is rank. But it works. A friend of mine who uses it says it smells like money to him.
Bob
K

"Night soil". Any of us who have been stationed overseas in the Orient, are familaiar with it.
W

It isn't actually composted. It is heated to a very high tempt. to kill any bad stuff in it. If it were composted it probably would not smell so bad.
Bob
You must log in or register to reply here.
Share:
Reddit Pinterest Email Link
Top Bottom