I am still amazed at how well these wooden boats preform

These boats make trips like this a pleasure.
Glen and I loaded up abought 5 and hit the Brazos abought 6, It was still plenty hot.
The Brazos is crazy right now,they are releasing water ,and the river is like a yo yo bouncing up and down. Sure is hard to pattern the fish when it is like that.
We headed out for a couple miles then pulled in to get some bait,I had a rider and no ideal how he got there are when. 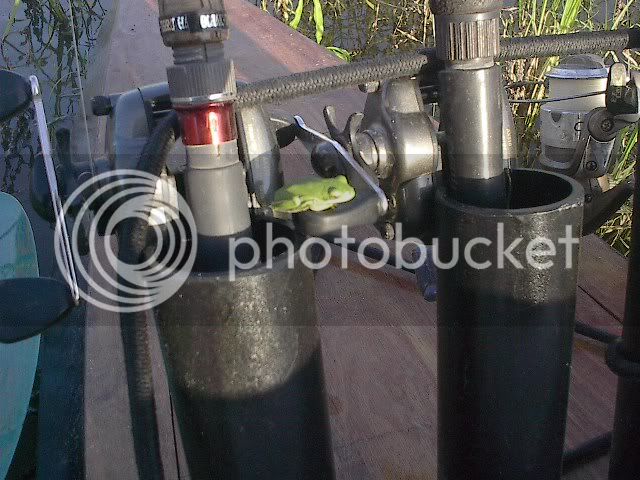 He rode on my boat for the next few hours.
Started collecting bait and was pleasantly surprised,shad have been few and far between this year on the Brazos , we were catching 3/4 inch shad might be time to switch the kind of bait we are using.
Glen and I started get ting hits pretty quick but they were small, we moved and started catching
gaspers (dang those fish hit and fight hard) caught several of those and had to bait up a gar rod :dance: .

Some folks on here were fussing at Glen for not wearing a hat ,well this boy bought a H A T
Told him he looked like Poncho Villa 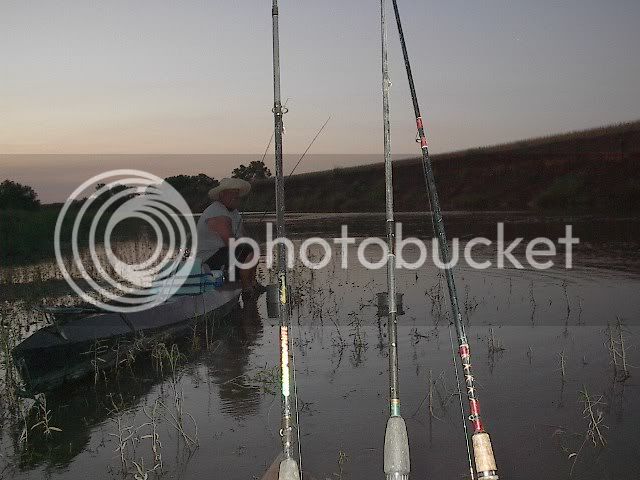 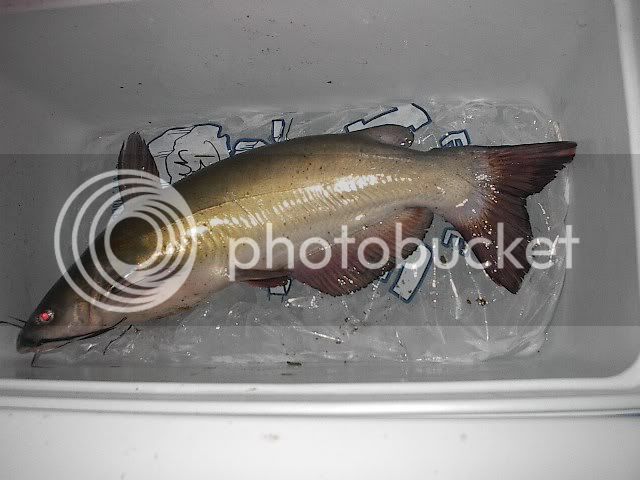 then I got a hard screaming run on the gar rod,he was stripping line so hard I could get the rod out of the holder then he dropped it.

bite slowed down about 10 we paddled in loaded up and called it a night.
Ron
K

Please tell Glen "Hi" from me, Ron. Looks like you fellas had a good time. I'm gonna bet no beer was consumed?
B

Ya'll kin wear any kinda hat ya like long az the Master of Flowbizness aint on the trip. When he iz, ya caint wear a big hat, less ya wanna fly like Mary Poppins 'er Sally Field. Glen iz wearin' a mitey stylish hat. Reckon how far he had ta chase that fella ta come by it? [chuckle]
O

Glens hat will have the Border Patrol eyeballing you guys with there field glasses or spotter planes up in the wild blue yonder. :lol:

Your hitch hiker looks like what we call a Cuba Tree Frog or Kermit on steroids. They will cause a start if you don't know they are around and one jumps on you , a wet and cold critter attaching itself to you. Made the mistake of leaving the upper doors off the Jeep and the back rolled up for a couple of days. Later while going down the road and all of sudden , out of the blue , I have this wet , cold thing on my leg. :shock:
He got evicted from my leg and the buggy as soon as I got stopped and a search was made to make sure none of his friends were hitching a ride.