Is a Pirogue good for fishing?

You bet! When I first started my Pirogue project I was unsure what to expect. I heard they were for skinny water only and were not very stable. I have been in some big water this spring and a more stable boat would have been more comfortable but have never felt like I was going to flip. My next boat will be for those big situations but it may be hard to beat the simple design of the Pirogue. My favorite thing is I can throw it on the truck and go, it is easy to load all by myself. I will have to say I have caught more fish this year than I ever have. I have been fishing small ponds and reservoirs close to home. My fishing buddy(four year old daughter) and I spent last weekend bringing in loads of bream, probably the best weekend of my life, not because of the fish caught but the time spent with my girl on the water. It was amazing to watch her cast and reel in fish all by herself. I think she has caught most of them because I was busy putting on worms for her

I have also been doing some Bass fishing with a friend from w@!rk and we have caught our fair share of Bass. Today we loaded the boats at lunch time and headed to a small lake close by after w%@k. 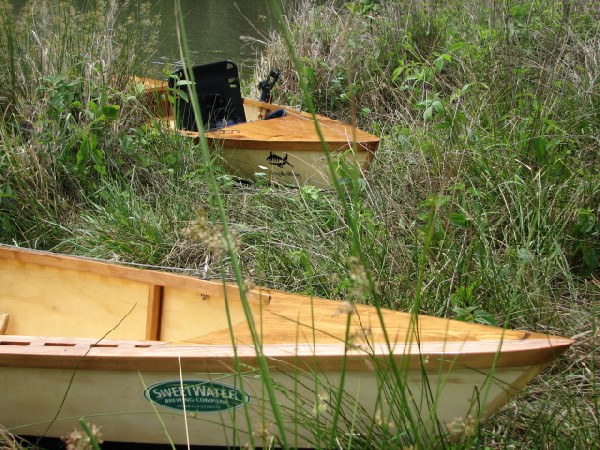 We were both having decent luck catching some small guys. 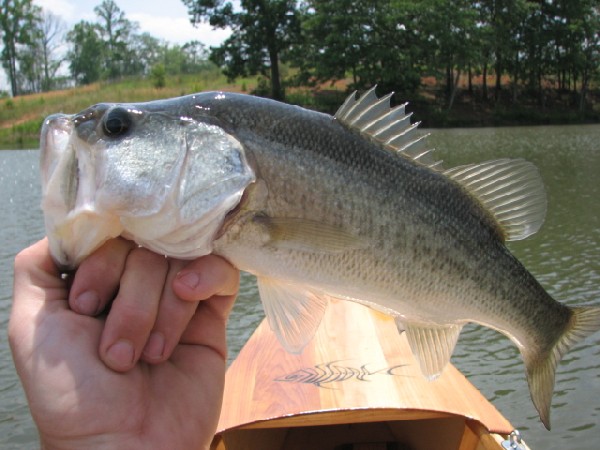 I have caught loads just like that one this spring but have been hoping for than big one. After fishing for a couple of hours I moved to some shade in a little cove. I had caught nine fish and wanted to get to ten before heading in. First cast next to a pile of branches at the waters edge I got a small bite so I kept working the area. On about the sixth cast I had a nice fish on, it did not take long to realize it was BIG I got her in the boat and had a couple of photos then released her for another day. I love my new fishing boat! 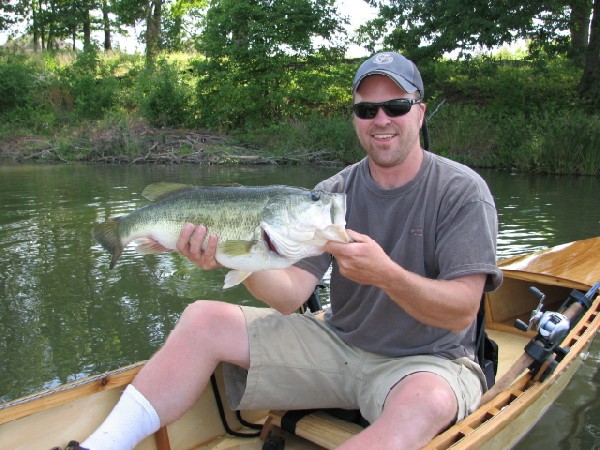 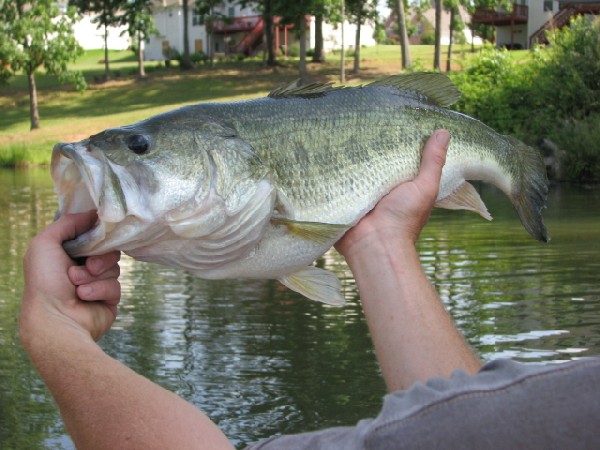 That is only one of the benefits of having a shallow water boat , it can go anywhere , even in the deep water and where no bass boat would ever dream of going. Can you say virgin fishing territory.

I have a couple spots I like and there are only two boats that can get in there a canoe or a pirogue for exploring and fishing. The pirogue is the best since it has the flat bottom and will slip threw the weeds and over the shallows to get into a good size lake that even air boats can't get into.

As I said that is only one of the advantages , there are a lot more.

I tell ya!!! they better be good for fishin!!!!! All this work I've put into mine so far

Bellybuster said:
I tell ya!!! they better be good for fishin!!!!! All this work I've put into mine so far
Click to expand...

Holy sheet------srep! That is a hawg my friend! Good work on the boat too! I love the treatment on the bow and stearn. Very nice touch. Do you paddle from that position in the boat? It looks aft abit, butt I also put my seat aft of the center rib.

Way to go taking the daughter out also they get gone in a hurry so get all that daddy time you can. 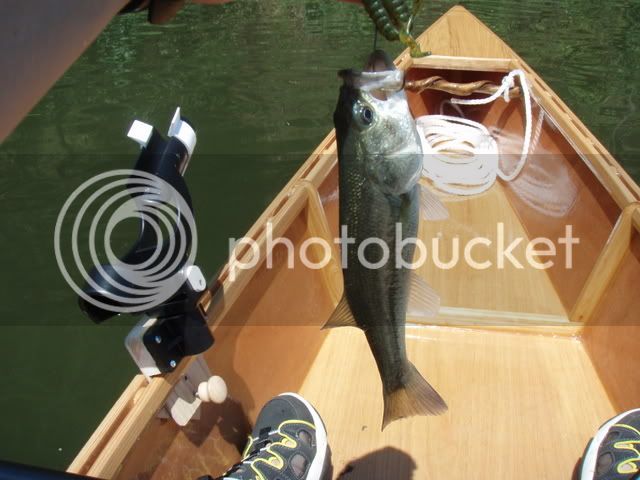 cctyer said:
Holy sheet------srep! That is a hawg my friend! Good work on the boat too! I love the treatment on the bow and stearn. Very nice touch. Do you paddle from that position in the boat? It looks aft abit, butt I also put my seat aft of the center rib.

Way to go taking the daughter out also they get gone in a hurry so get all that daddy time you can.

Thanks! My boat has four ribs so the picture is a little misleading. The front of the seat is in the middle of the boat.

She is my "Best Buddy" not looking forward to her growing up. :cry:
F

So where do you guy find you spots? I've got an awful lot of water to cover and not much time to cover it. I had some luck yesterday trolling a crank bait near the shoreline in 10 to 12 feet deep of water. I pick up two spotted bass off a fallen tree limb.

I look along the shoreline in my river, and just about every where looks like it will hold fish. I trolls a couple mile up stream and hooked those two bass in the same spot.
C

Hey funbun, Just luck and a little bit of knowledge about the water your fishin. With me it's mostly luck.
If you can get onto some private ponds that's the ticket for sure. They get very little pressure and if the compound is managed correctly there are sure to be some biggin's to be had.

I'm so happy you can have this time with your girl. They do grow up fast. But you're creating events for memories that will make her smile when she tells her kids and grandkids about her daddy. Take those pictures. She'll cherish them too.