Last year some time, Bo Bowers' (our own QPassage, of BWCA fame) posted pictures of natural rock arches in the Red River Gorge, Daniel Boone National Forest, in Eastern Kentucky. It captured the imaginations of Jimmy Wingo and me, and we planned a trip. On Sunday, 25 Jul 10, I left home to drive to Bo's. I stayed with him and Debbie and Baby (the dog who, of course, runs their place.) Thanks, Bo, for putting me up, and for help in the park.

Monday morning, Bo and I headed out to the park, as he'd spent a lot of time there and offered to help Jimmy and me get started. We stopped for breakfast, and I offered my gritz to Bo. Wisely, he too declined.

Topography here is very similar to that in the four corners area - Utah, Colorado, New Mexico, and Arizona. Here is limestone and sandstone; out West are other kinds of rock. Not being a geologist, I'll not guess at what they are - except big and old. But, the gorges, cliffs, rock shelters, caves, etc. are very similar.

A BIG difference is that out West there isn't all that much rain. In Eastern Kentucky there is an over abundance of the damned stuff. It rained every day, and twice some days. Humidity was handy - we'd just cut a hole in it, make steps, and climb right up the side of a steep cliff that was otherwise inaccessible. Humidity had to run 93-120% all the time, and any breeze was about two states away, somewhere in Pennsylvania, I think.

Jimmy arrived about 5 pm on Monday, and we spiked in a camp. Later, the camp host came to visit. Among other tales, he told us to NOT walk the 150 yard path to the toilets after dark. Copperheads came out on that particular hillside. He'd killed 41 since spring. Not a plus in the rating scale.

Cliffs, vistas, trails, arches, gorges, ridges, and all are spectacular here. Aye god there is scenery all around. When it quit raining, I could see for a couple of miles. This area would be great to fly over - and especially in its bright, autumn colors. It wouldn't afford a spare landing strip in case of engine failure, however. Distances here are reckoned a bit differently than in my neck of the woods. I asked how far it was to that far ridge. "About three miles; two of'em are up and down."

We were sweat soaked almost all of the time. Sometimes, though, we were soaked with rain. After a couple of days, we were toe dancing around, trying to stay upwind of the other guy. We both smelled like a couple of skunks. About that time, our camp host remembered to announce, "Oh! We have showers." I grabbed my gear and Jimmy and said, "Come on partner." When he asked where we were going in such a hurry, I told him "We're gonna take showers!" I thought I'd died and gone to heaven.

We hiked in to see Whistling Rocks, a hole through a ridge where wind blows through. A rock overhang a few hundred yards long was obviously an Indian village a few thousand years ago. No pueblos like in Anasazi territory, but the forerunner of it. These folks are believed to be the world's first farmers. They raised sunflowers and ate the seeds.

It had to be tough raising kids here. Sharp drop offs of 30 to several hundred feet are nearby, and they had to have lost some. It has to be heartbreaking and gut wrenching to go pick up your child from a rock a hundred feet down.

Jimmy and Bo took several hundred pictures. I'll leave the murals up to them. Someday, in cooler weather, I'd like to return to this area.
J

Our campsite on Copperhead Hill. 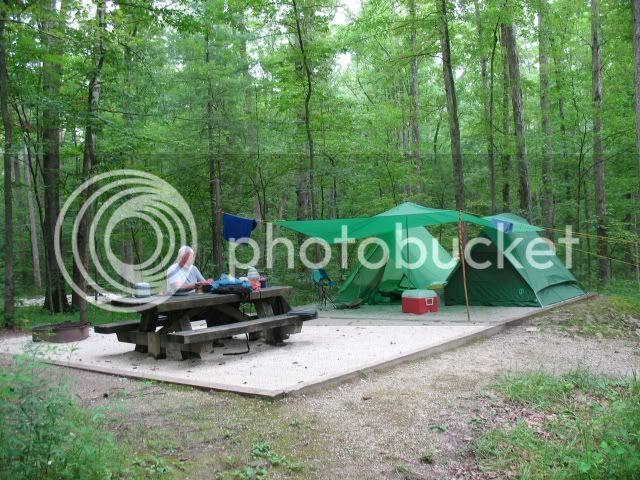 Cardinal Flower and Butterfly near camp. 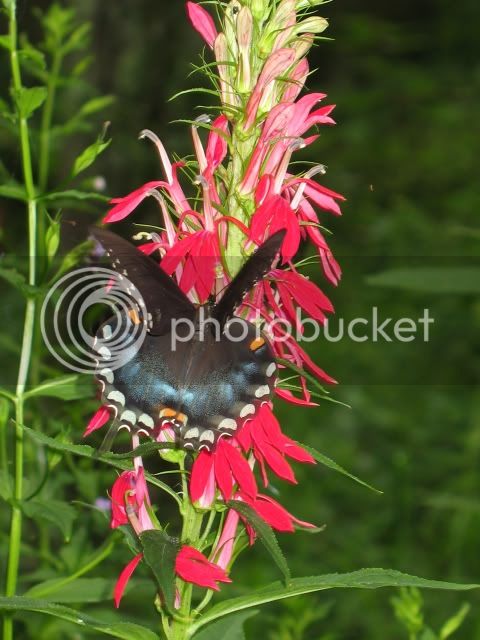 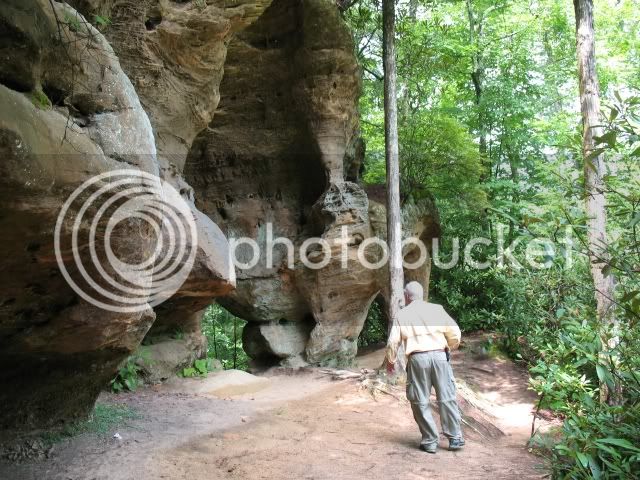 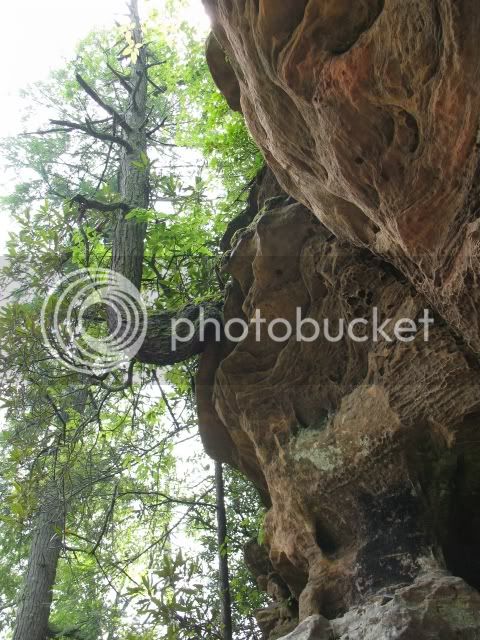 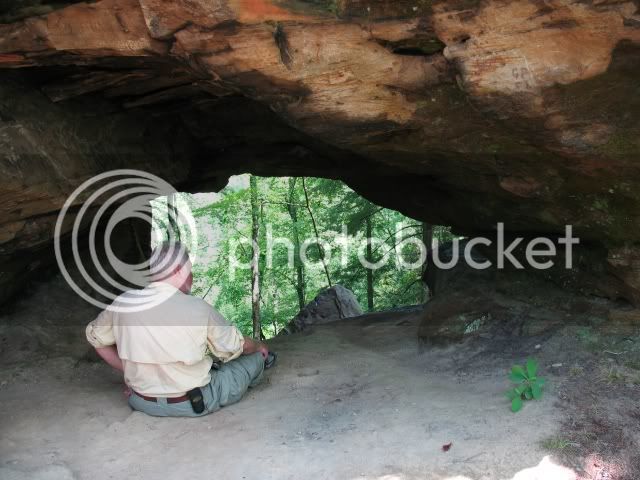 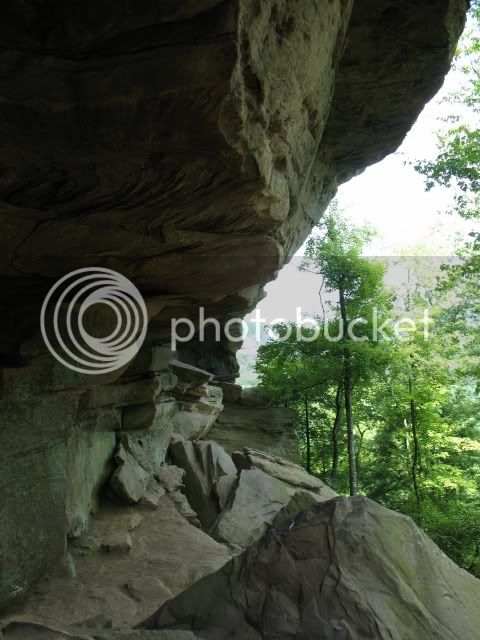 The top of Sky Arch. 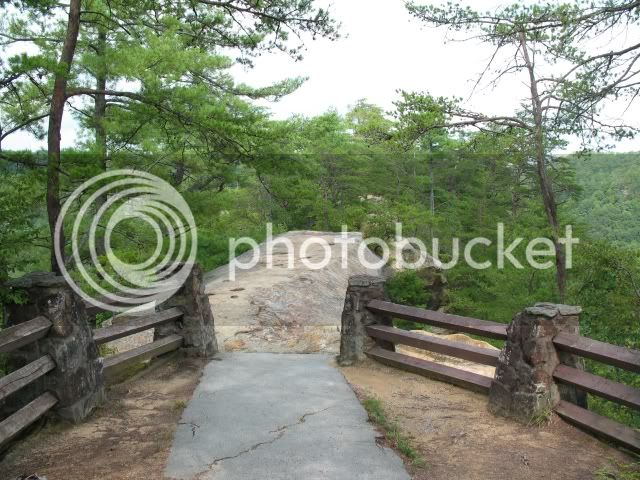 Sky Arch from below. 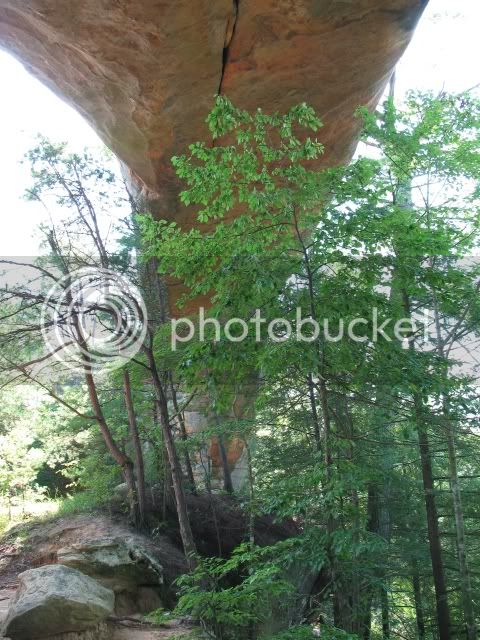 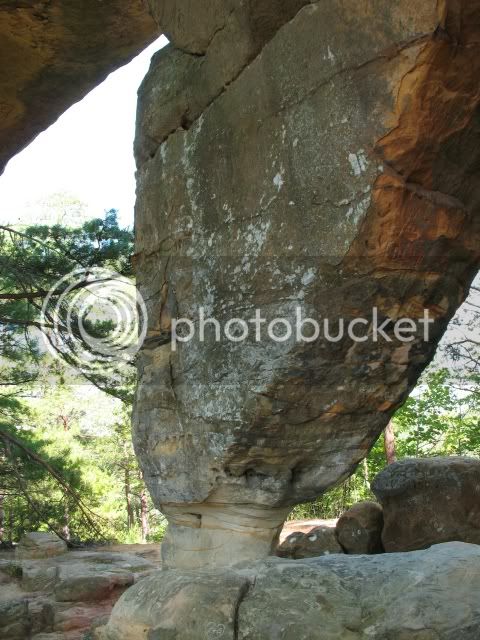 Princess Arch from above.

Princess Arch from below. 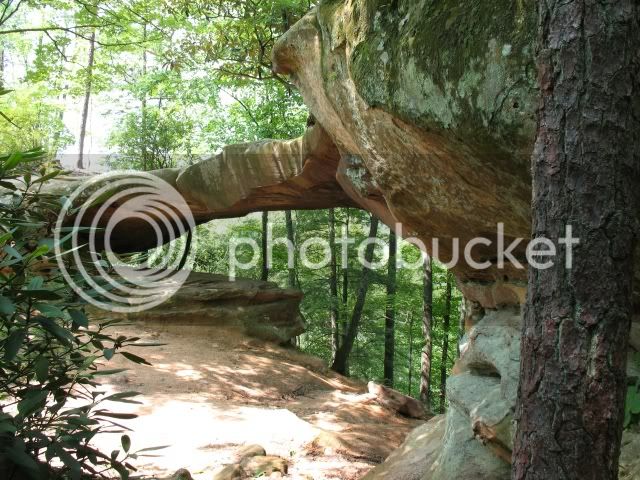 Chimney Top Overlook from below. 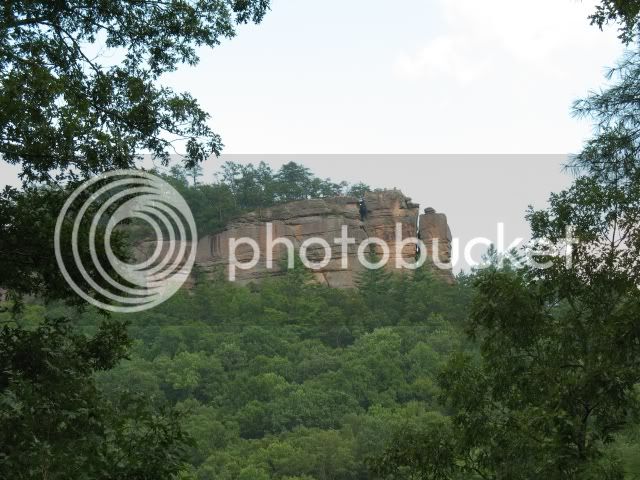 Gladie Cabin from the highway. 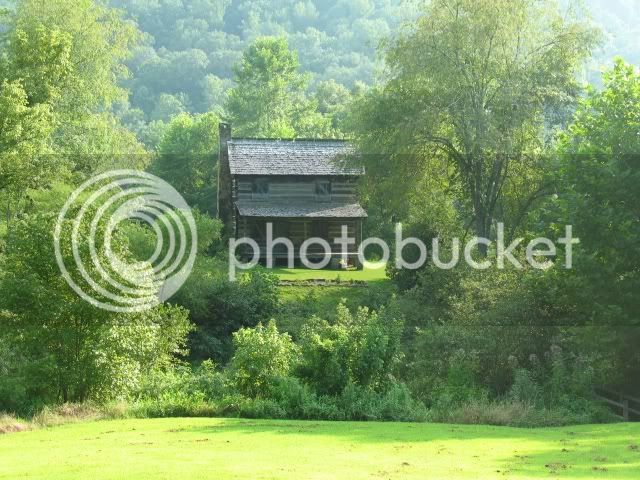 Gladie Cabin from the other side. 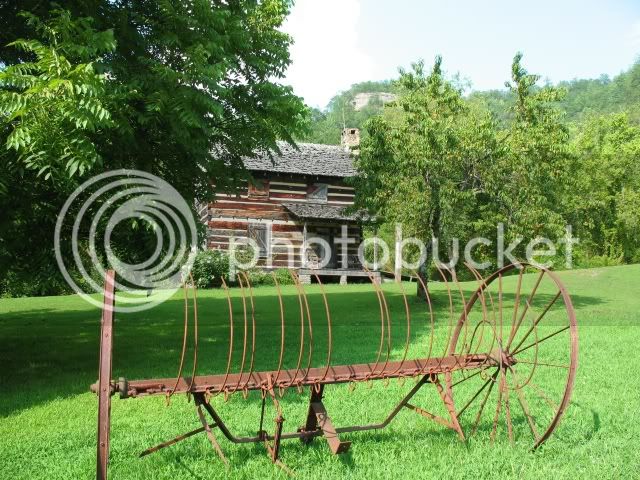 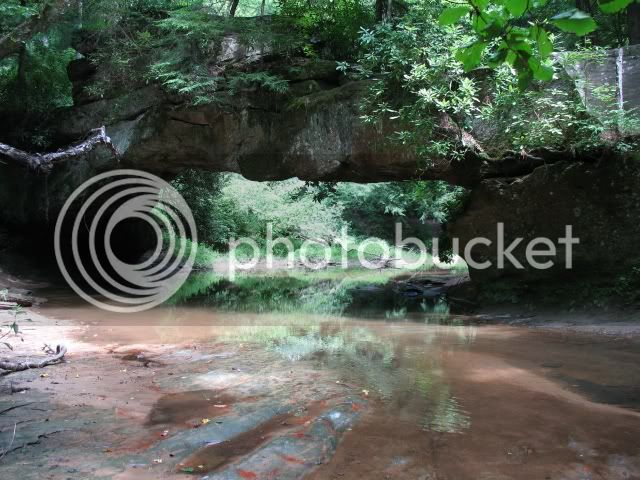 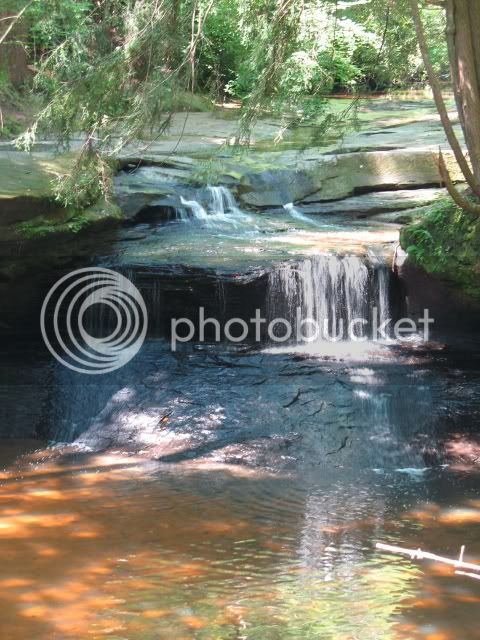 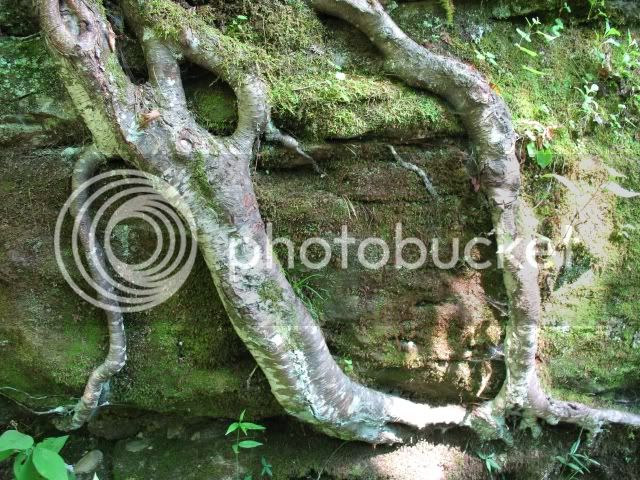 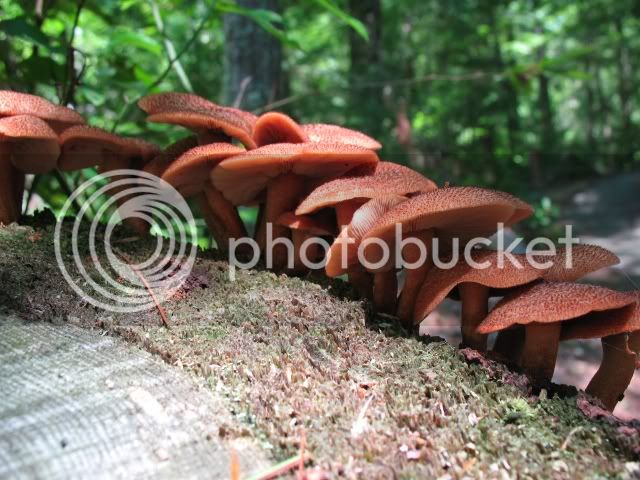 AND: other than the first pic of the campsite, you managed to get the best side of Jack for the pics. :lol:

Great looking rock formations. I'm not to sure of the paddling possibilites in that stream tho.
O

Great pictures and one good looking area . The campsite looks really comfortable with the twin tents set up , just like you guys are at home out there. The bedrooms are up and some cover in case of rain....... The front patio extending from the tents and the table makes for more enjoyment.
From what Jack said I was wondering if anyone made a midnight run to the outhouse and dodged Mr.No-Shoulders ( copperheads) on the way there or back.
Really nice to show all the rock formations and to show there age by using that male model to emphasizes that. Pictures sure do add a lot to a trip report , they let us see what you saw. :wink:
B

a Bald Cypress said:
Great looking rock formations. I'm not to sure of the paddling possibilites in that stream tho.
Click to expand...

That stream wouldn't have much in the way of paddling possibilities, but the Red River itself would be a nice trip when it had enough water in it. Right now the water is low and there would be a lot of scraping, but in the spring it is a popular trip. I saw one place with a lot of canoes and plastic kayaks to rent, but they didn't seem to be doing much or any business.
Q

It was a pleasure meeting you Jack and Jimmy.
Glad to see you guys hiked down to Rock Bridge I love that area.
Usually I take several pictures when I'm there, but this trip I only had taken a few that are worthy of posting.

Jack at the campground 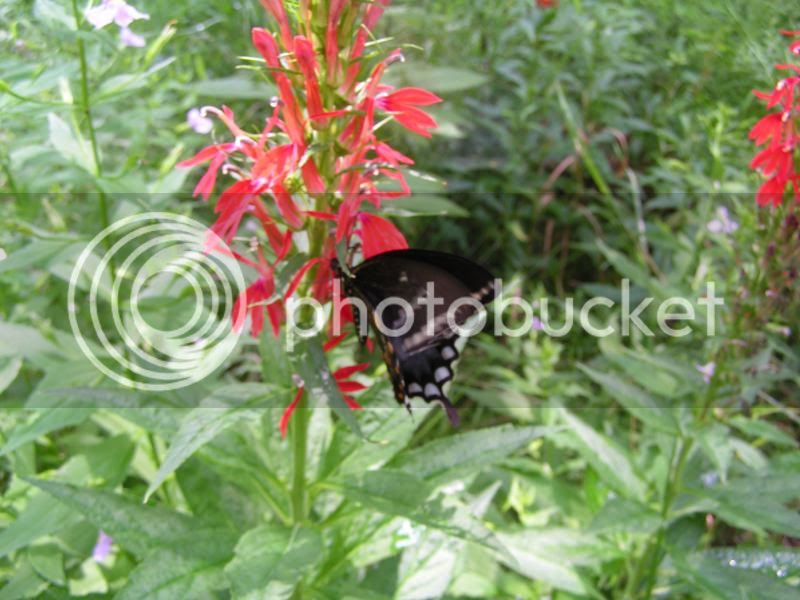 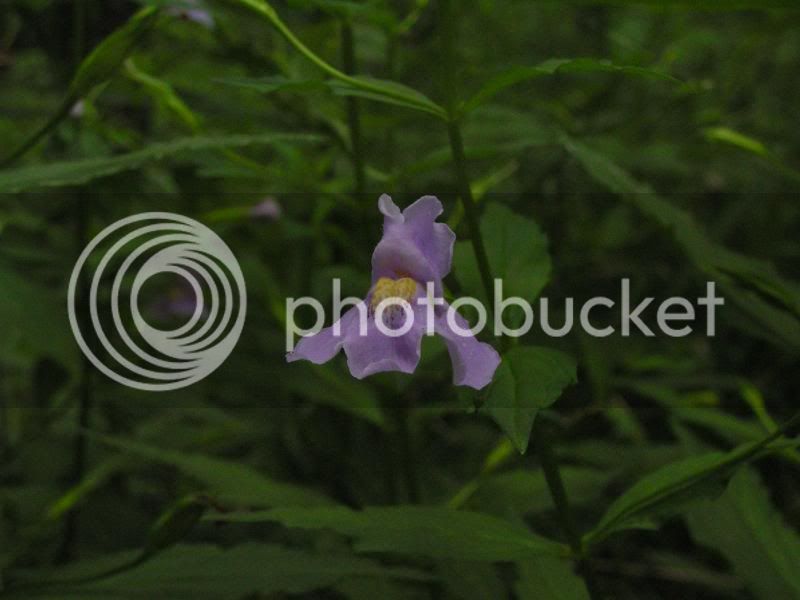 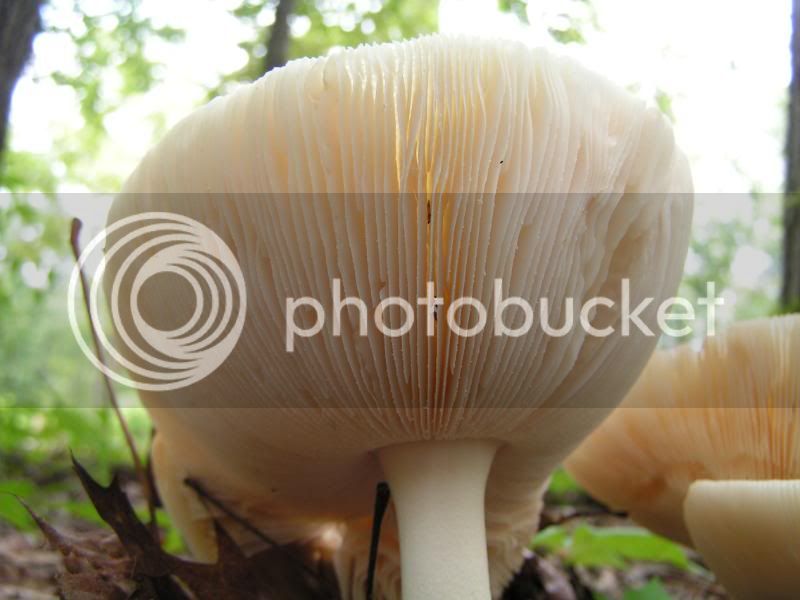 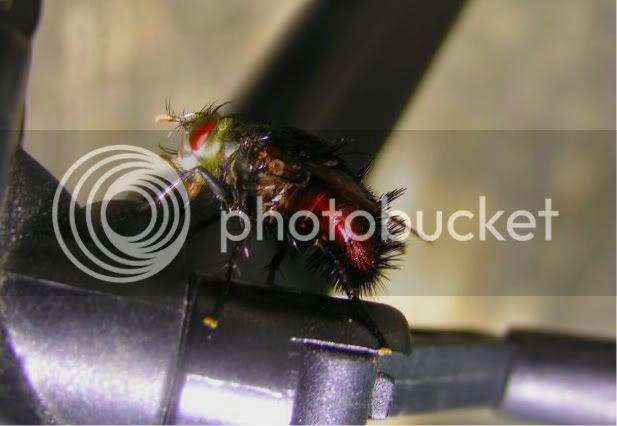 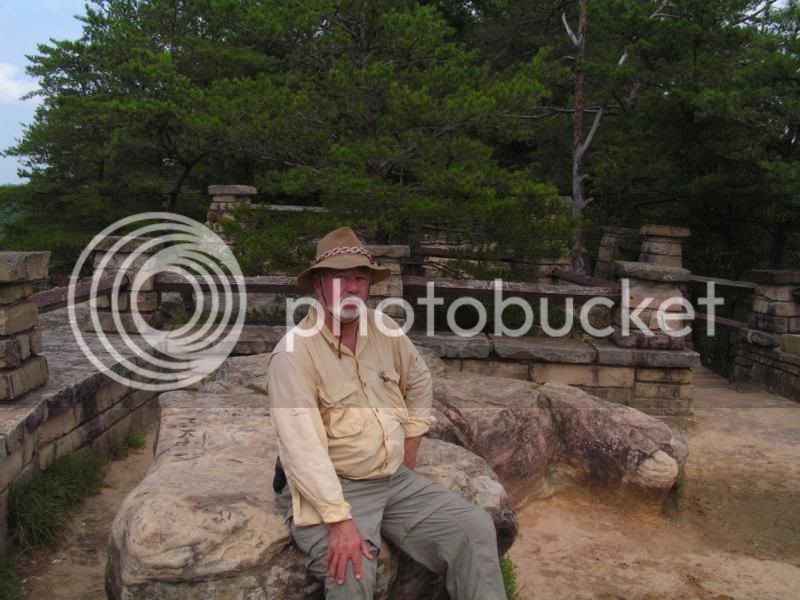 Sorry Jimmy no pic's of you that campground host was to windy.

Oh yeah and a pic of Baby 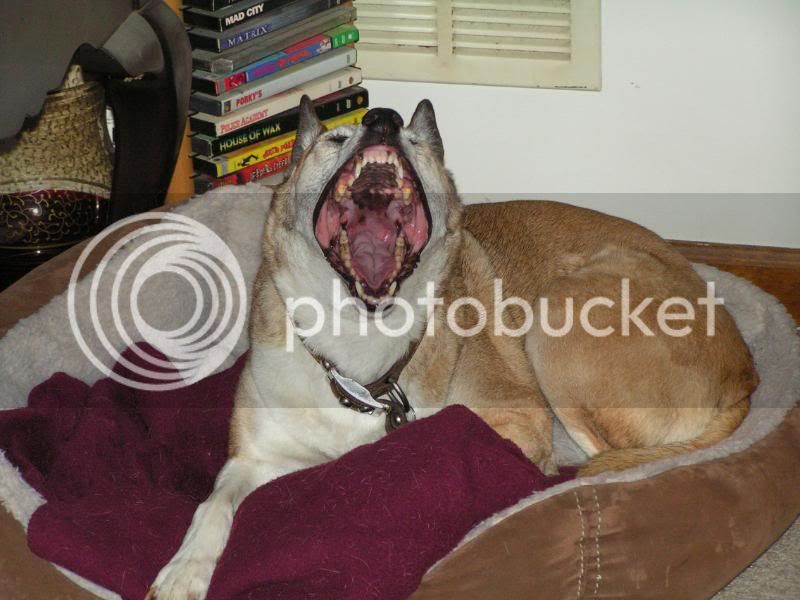 right after she saw Jack.
Just teasing ya Jack, it was a pleasure having ya at the house.