Calm Day on the Brazos

Yep it was calm ,rained like Chuck was here 60 mile an hour winds and a lot of rotation in the clouds ,we watched four spinning at one time.
Another good trip on the books.
I had been watching the weather and knew we had a chance for rain, boy they were right.

I arrived at the Falls around 9 Gerald was already launched ,everyone else was loading the yaks. We didn’t get in a hurry and finally launched around 10;30. Everyone made it threw the swift water and away we went. We were bucking a pretty stiff headwind ,so even going down stream we were having to paddle a bit
We got to the sand bar we wanted to camp on and started to set up, that turned into a community project ,2 holding the tent down while one drove in stakes and started erecting them (did I mention it was windy)
We all just took it easy that afternoon hoping that the wind would die down ,but no luck it got stronger and started to shower on and off ,in between showers we cooked supper fished a little and just took it easy. The wind was blowing so hard you couldn’t feel a bite unless they hammered it.
Wind and rain most off the night and next morning,Gerald had gone back up river to find a sheltered campsite ,we went looking for him but no luck ,figured he had gone back to the house.
Then the weather got worse ,I cranked on the weather radio and we were 12 miles south off Marlin the storm was forming 15 miles south of there.with a forcast for hail high winds and a tornado alert. OH WELL THAT CAMPING IN TEXAS. We weathered the storm and after it passed was the only time I got concerned low clouds moved in and you could see four or five rotation in them. We lucked out and then it broke off sunny and clear for about 5 minutes ,lol It would rain wind jump up ,clear up and the start all over again. Finally about 9 it cleared of and we ate and started fishing.
Rodloos was hot on the fish with that little ultra light,he keep me in bait ,thanks again Rodloos.
He did something several times I had never done caught several mullet on his rig , and then we heard him start hollering ,he had a big fish on ,he played it like a pro cutting his yak lose and going down river with it
When he finally landed it ,we saw it was a buffalo in excess of 20 lbs. That is a great job on 4 lb test line.
I baited my rods up and the gar started hitting, the first one Rodloos got the rod because I had walked up the hill, he landed a fish gar about 3 ft long.. Then a big rod went off ,I let him run and finally hit him ,he went crazy rolled and took off ,I couldn’t do a think with him and got reminded why you don’t thumb a reel on big fish ,still have a blister on my right thumb, he made two runs and then spit the hook.
I am going to split this.

I missed a couple the hit one hard ,after a few minutes I landed the first gar. I figured between 110 and 130 he was 74 inches long and 31 inches in girth. A guy borrowed my snare and has never brought it back so we roped these gar. Well that was interesting to , MakinMends was easing the rope over the fishes head
Hit the slick mud on the edge of the river fell and just about kissed that big ole gar right on the lips. Needless to say he backed up quick,I later heard him mention it reminded him of an old girl friend, I am just kidding lol. Got it beached measure and a dna sample takedn ,then Firefly was taking a pic when the gar went to flopping , now this girl has some moves, she squeald like a 16 year old and both feet and hands were all trying to get away at the same time.
Cut the leader so we wouldn’t stress her to much and eased her back in the water and watched as she moved off
Missed a couple more then hooked and landed the second one. 58 inches 13 inches in girth figured about 80 lbs, we went thure the same routine and cut he leader and released her. That put me down to one rod with a leader on it so I baited my bass rod up and put it out. Well in a few minutes I had a hit on that rod,the fish rolled a couple times and I thought it was a 4 ft gar until I got her close to the bank ,it was a big blue. I had her 6 inches from being out on the sand a couple times so we got a good look at her
On the last run she headed for some brush I tightened down on the drag and it was more than the 12 lb test mono would take ,I was not a happy camper ,and that rod has braid on it to day.
Then here came the rain so we crashed we took it pretty easy the next morning packing up and watching river come up ,we knew it was going to be a hard paddle. Just as we launched here come Gerald ,he went home Friday and came back Sunday to paddle back up with us.
We paddled portaged and paddled and portaged ,5 ½ miles back up the river ,with it being up it was a good paddle.
Every one pitched in and it wasn’t to long before we were loaded.
Firefly ,Lynn Milret ,John Rodloos, Making Mends another John were all great to camp with and paddle with . Was a great weekend.
Ron
PS My camera isn’t water proof so no pics from me I will get some from the other folks and post them later
T 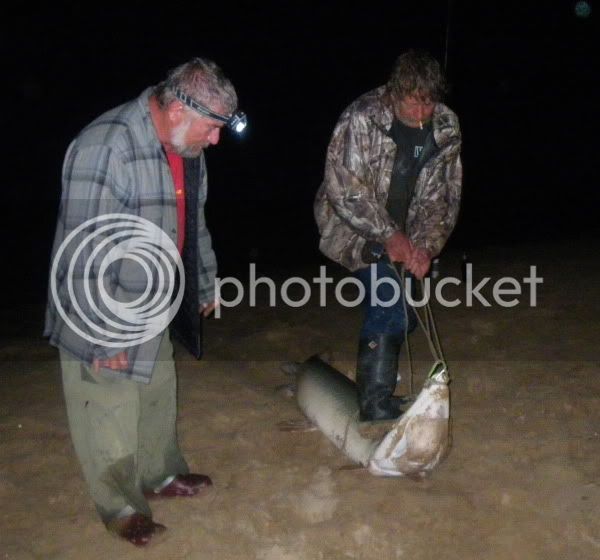 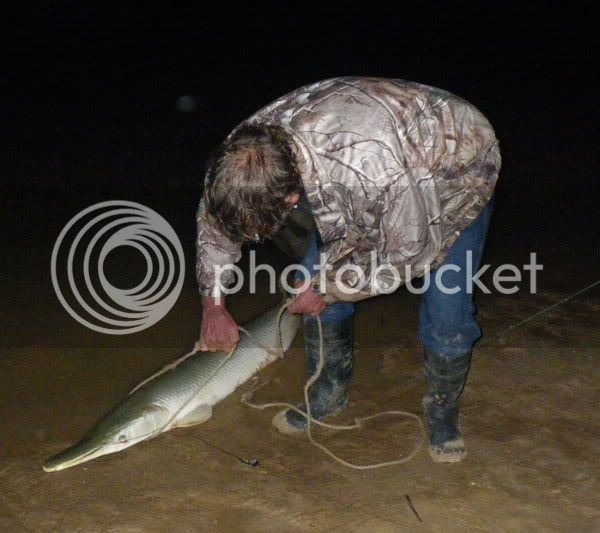 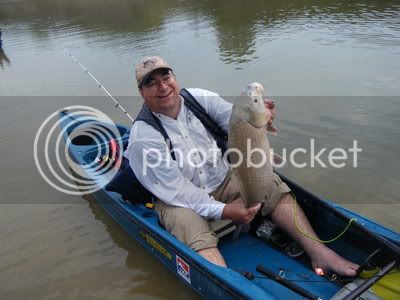 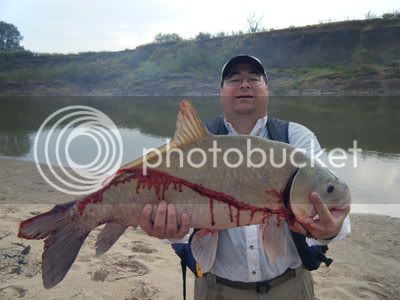 tx river rat said:
Yep it was calm ,rained like Chuck was here 60 mile an hour winds and a lot of rotation in the clouds ,we watched four spinning at one time.
Another good trip on the books.
I had been watching the weather and knew we had a chance for rain, boy they were right.

Then the weather got worse ,I cranked on the weather radio and we were 12 miles south off Marlin the storm was forming 15 miles south of there.with a forcast for hail high winds and a tornado alert. OH WELL THAT CAMPING IN TEXAS.

Ron
PS My camera isn’t water proof so no pics from me I will get some from the other folks and post them later
Click to expand...

Can't blame me I was here at the house a few , or so , miles from you. Folk's that is Ron's Camping weather and he considers it just another normal storm. Those Texans are just not right in the head but do have a lot of fun. :wink:

I do have to say you are a gracious host when camping with out of state folks , you have the tornadoes move in during the middle of the night so no one sees them or gets worried , they just wake you up when they are trying to take your tent and you over to Louisiana or Mississippi. Ron your camping trips are more fun then any ride at Disney World , you have them beat 100 ways past Sunday and I see you have not lost your touch for setting them up. :lol:

I bet there weren't any bugs bothering you on that trip, They are probably over in Mississippi doing the twist by now. The good thing is that the fish were biting and you guy's and gals managed to have a great time.

ron looks like you guys had a great time . i heard you guys have been having some bad weather & alot of rain. sparky don,t have to be present he can do his rain dance from home. :wink: :lol: those are some big fish. i don,t know if the altamaha is as big or bigger than the brazsos but i have never seen any gar that big here. :shock:
T

We always have fun and a rough night just makes good memories.
That is a good gar but there are some three times that big on the Brazos.
Ron
B

What is the DNA sample for? I assume TPWD would be looking to see if this was a stocked genetic strain or a wild spawned fish?
T

They are doing studies on the spawning of the gator gar ,ask me to collect some samples for them.
Ron
T

Chuck I thought about you and Bill and wished you were here.
Ron
O

tx river rat said:
Chuck I thought about you and Bill and wished you were here.
Ron
Click to expand...

:lol: Bill might of had the missing shoe blow back into camp , that way he would have a pair again.
I have been web surfing and for the life of me I can not locate an steal or iron tent for canoeing , you know one that is Brazos River ( tx river rat Weather) proof. :wink:

I have to admit that watching 4 clouds swirling around would of made me want to dig one deep hole , hop in and fill it back up. I trust this time you had the boats secured to something solid since there was nothing mentioned about them trying to leave Texas or the campsite.