A Comfortable Pirogue (Boat) seat ..ya can make

Nice seat islandpiper. Thanks for posting. Did you know there would be no more pictures posted when you started the contest? Do you have the only U.J. seat on this forum? I guess you win. It is a pretty seat. I wanted to see more pictures.

Should have asked, which is better 1/4" or 3/8" thick seat slats,or should they be nailed or glued? That would have stirred the pot. :lol:

I sliced them off the block in a thickness that allowed all of them and two spares to be made. I nailed AND glued them. with hot dip galvanized box nails, and glued (most of ) them with gorilla glue.

I cracked a couple and then started pre drilling them. I didn't have any dowel rod and didn't want to buy any so i ripped some tropical hardwood something or other into 3/4 sticks and rounded up the ends with a pocketknife. This is highly sophisticated construction. I might have sanded some of the parts too. When I park my butt on it, no one will see the folding seat.

beekeeper said:
Nice seat islandpiper. Thanks for posting. Did you know there would be no more pictures posted when you started the contest? Do you have the only U.J. seat on this forum? I guise you win. It is a pretty seat. I wanted to see more pictures.

The one I designed and use , then sent the plans to Uncle John so he could have them on his web site for anyone who wanted to make one are .... just.... OK.
None of them hold a candle to Pipers , his is a classic and his one picture tells it all.

Rounding the 3/4" "sticks" of tropical wood elevates you work to a customized hand crafted exotic peace. Just don't say "rounded up the ends with a pocketknife.". The term is "hand fitted with traditional tools". The seat is not hidden when you sit, it personally fitted to the user for discrete use. :wink:

Thanks Chuck for the great design. This is mine. Expanded and beefed up for my increased gravitational pull. 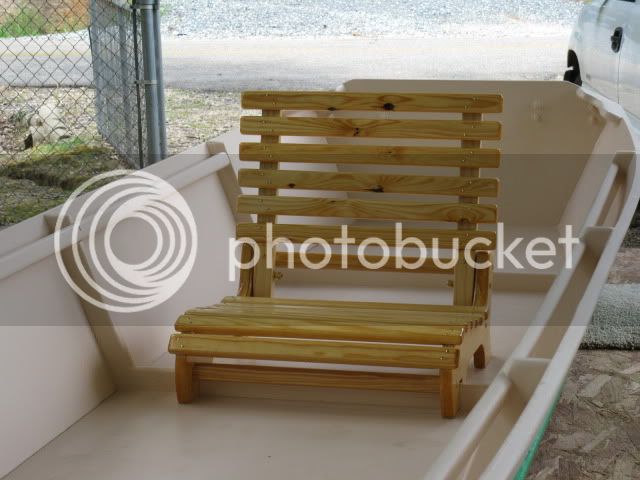 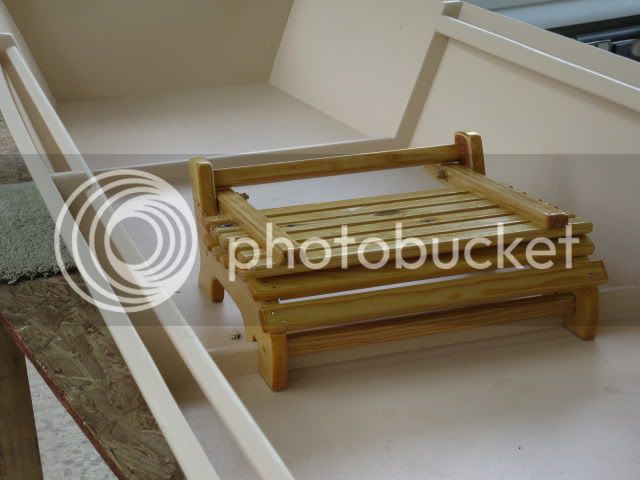 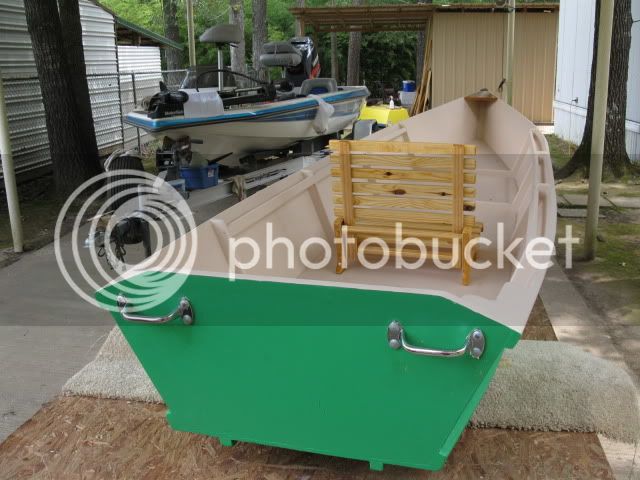 islandpiper said:
Now, there's a boat that needs some mud and blood and scales in it........

I tried but the fish didn't want to ride in my new boat. probably the fresh paint smell. I was able to catch one on the maiden voyage, and tracked in some mud. The bayou had a scum that left a serious water line. Everyone said I spent too much time trying to make it pretty. It was going to get dirty and scratched as soon as I started to use it. It will never be the same again, but it was built to use.
My seat also broken in. I had glued stripes of "rubber" place mats on the feet, but these came off.

I really enjoyed building the U.J. seat. It is a great design and I would think lots of folks use them. I made the following modifications, and would like others to post their changes and results.
1. Bottom and back is 1" wider.
2. Used 1"x 3/4" board with turned tenons instead of round dowels: 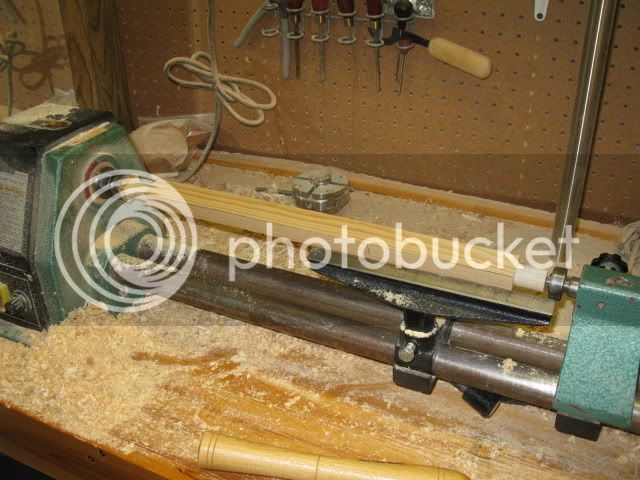 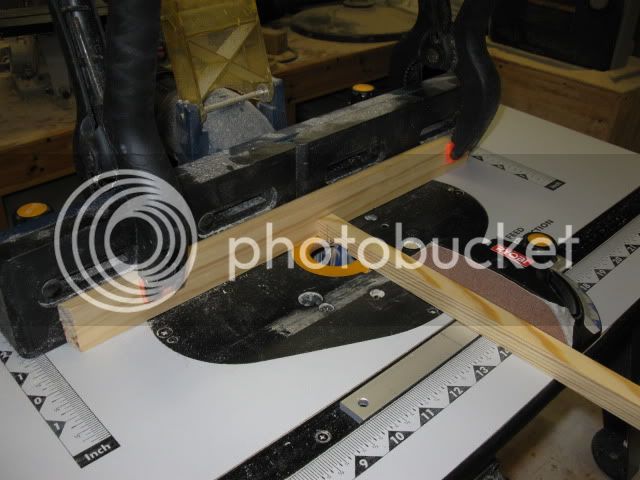 5. Middle of bottom side 1" wider than plans. Arch made high enough to fit over ribs: 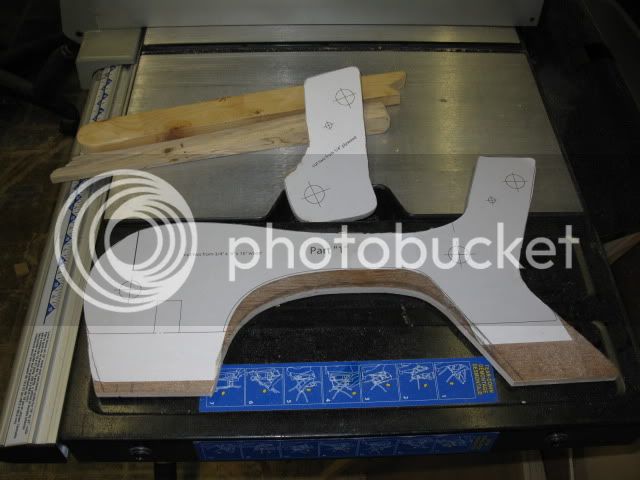 6. Plywood shear plates put on inside of chair: 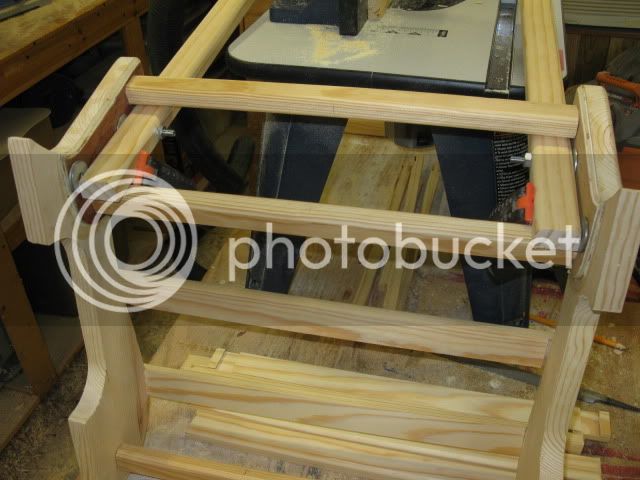 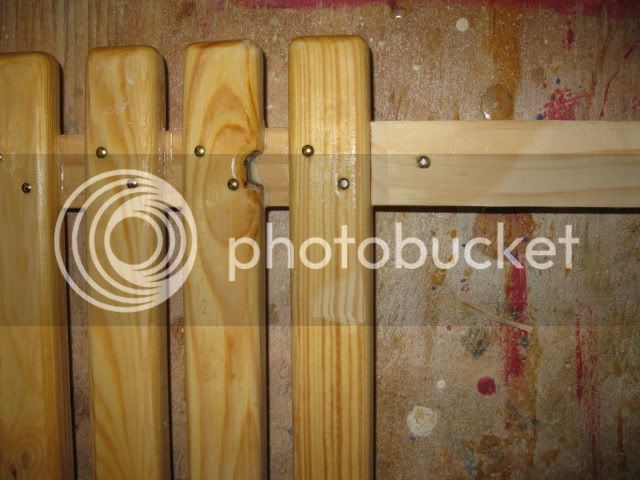 8. Lift shoes for elevating height of seat if desired.
1" higher: 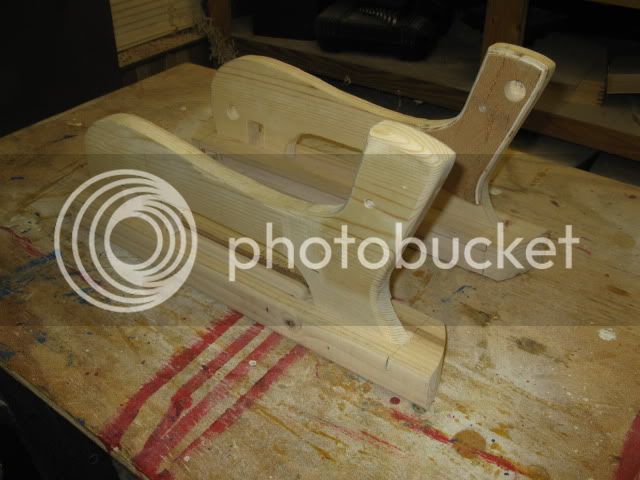 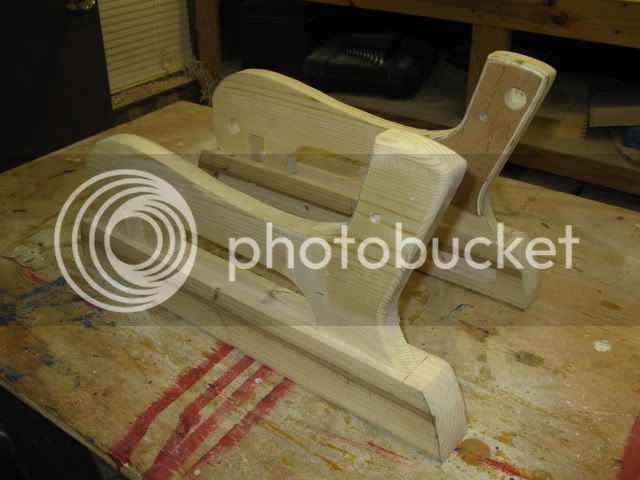 That's the beauty of the seat , it can be modified to the way the builder wants it , just like our boats. After all it is your posterior portion that will be parked there so the best thing to do is to make sure it will be happy. :lol:

I have to say , you did one fine job on it and a lot of modifications ( to improve it ) I did not think of but I don't have all that equipment to use. Could be one reason I never thought of those changes.

The beauty of the seat is its design. Its form, simplicity, function, and ease of build is its greatness. None of my "modifications" improved on that. They actually had the opposite effect. My seat changed the visual form and was harder to build (time consuming). The seat could be constructed with basic tools, but I need all the equipment to cover my lack of skills. A simple tool I made to "improve" :wink: the nail spacing. Two sizes are needed: 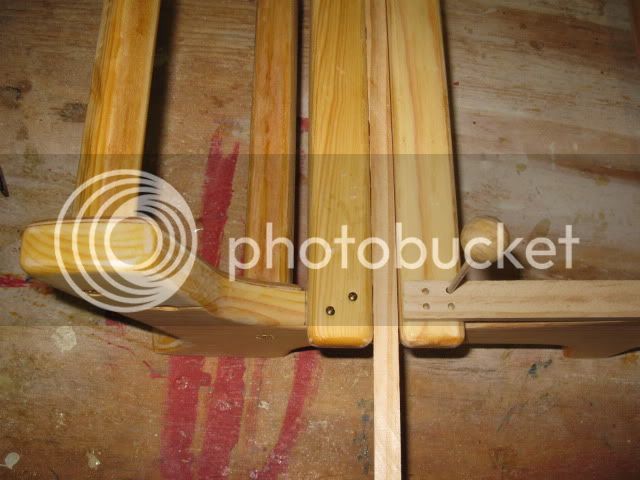 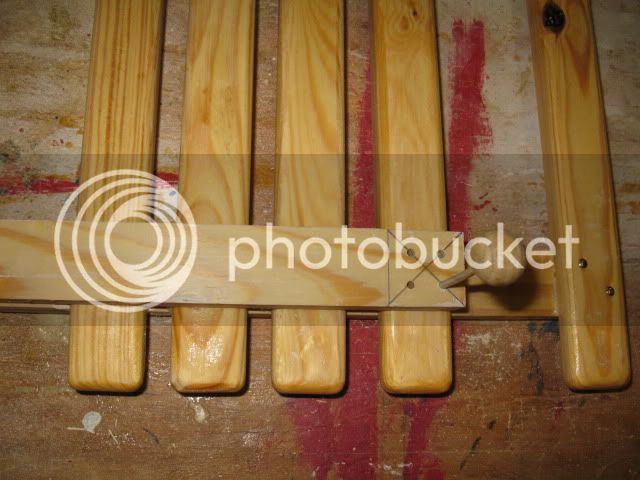 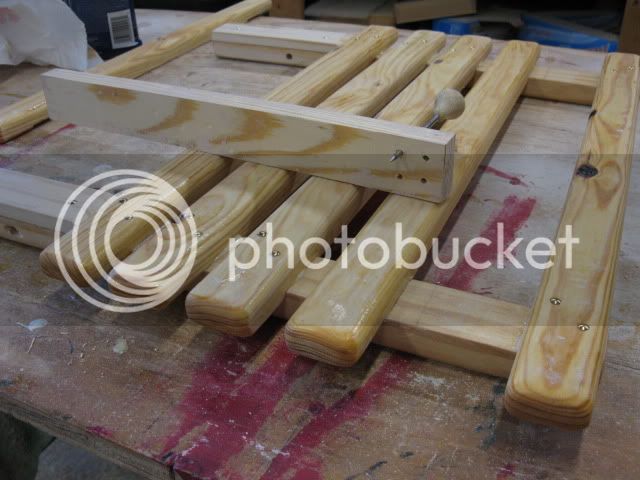 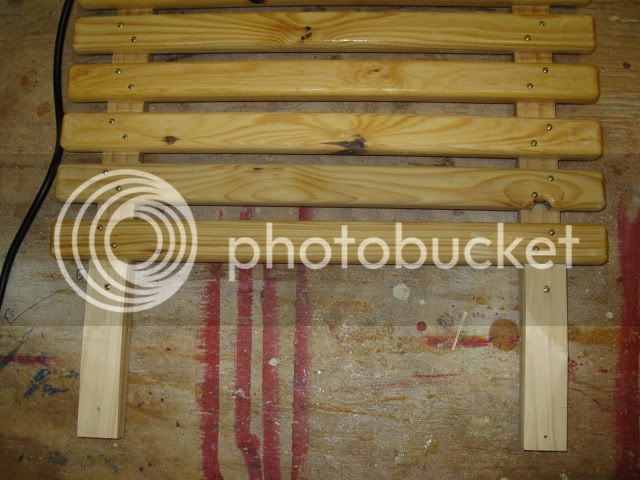 The mother in law just made these custom seat cushions for my pirogue seats.

Only good thing she's ever done! :lol:
B

Greg
Your mother in law must like you or she wants you to be comfortable and stay gone a long time. :lol:
Nice seat and cushions.

Made by your Mother in Law? Better check to see if they're filled with kapok or with lead. :wink:
K

Nice lookin' seat!!
I'll be glad when my back feels better!!
So I can git in my boat again!!
KAHUNA
I

:lol: :lol: :lol: .... I saved a lot more then that , since the seat was made from scrap wood and left over epoxy. Sure looks like a good seat , I wounder where they got the idea for it. :roll:
A

Rowing comfort and support are pare for the course with our folding canoe chairs. Handcrafted from hardwood that has been kiln-dried and are Grade ‘A’ select lumber.


Ain't to sure about this claim.

Last time I checked, most canoe operators "paddle" rather than "row" Also, I could see something being "par" for the course rather than "pare". For a professional ad., a spell checker might be an option.
B

An unfinished prototype elevated base. I love my pirogue seat, but in my boat I needed to sit higher. Hopes this works: 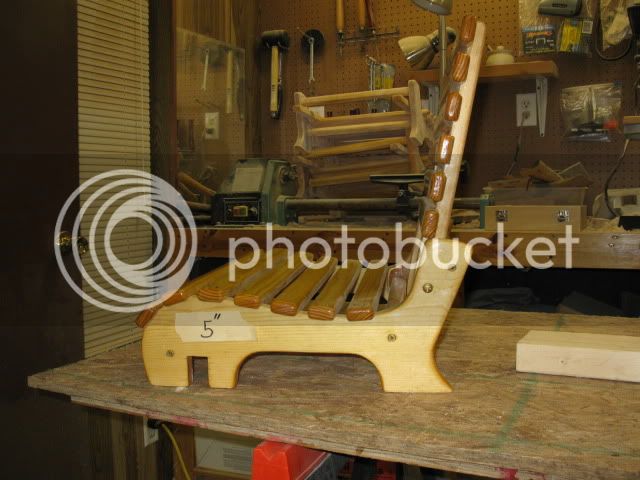 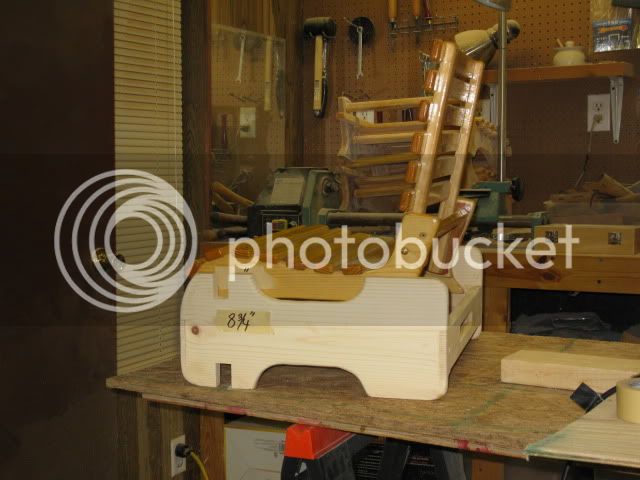 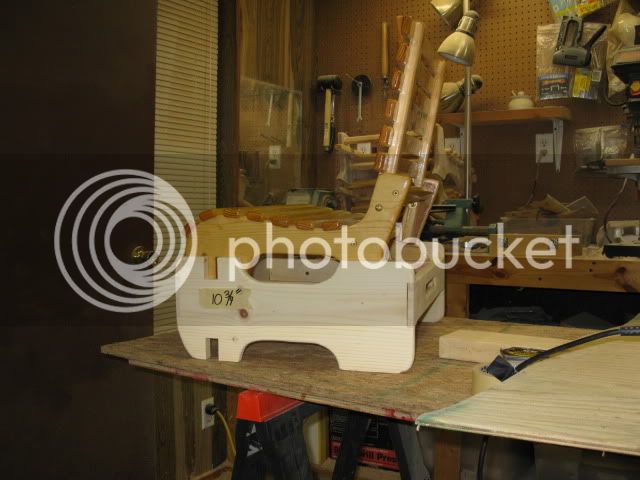 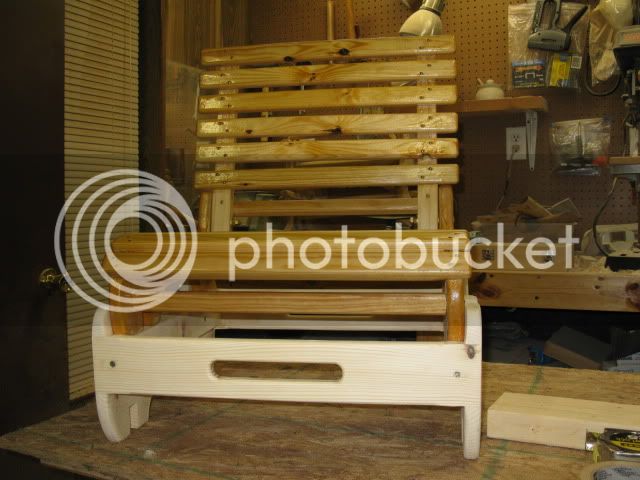 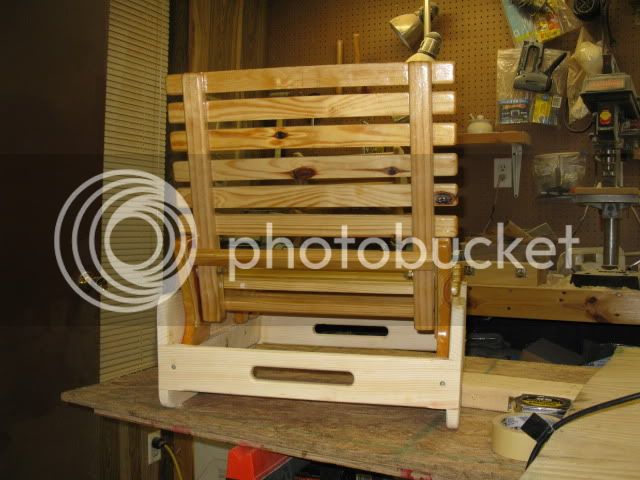 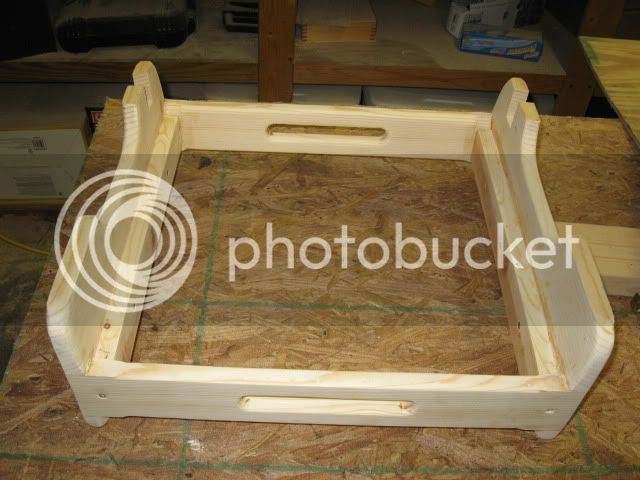 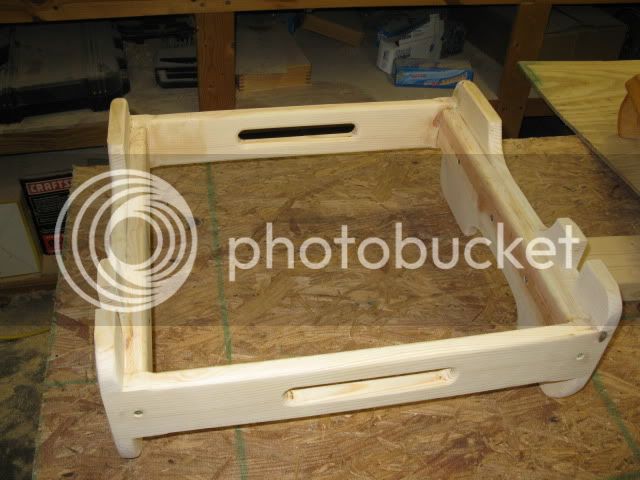 The ideas are getting better all the time.

Chuck, what happened to my PADDED SEAT i posted this morning? piper
O

islandpiper said:
Chuck, what happened to my PADDED SEAT i posted this morning? piper
Click to expand...

Just trying to keep this thread within normal boundaries about seats and ideas that can ( actually be ) used in a pirogue. Like Blueglasslover and the cushions his Mother-In-Law made for him and the riser that Beekeeper made for his chair. After all this is used as a reference for folks to look at and get some practical ideas from.

I really don't think someone is going to have a La-Z-Boy (Type ) chair in there paddle boat.