I built my UJ Pirouge out of ACX plywood. It came out pretty good, it didn't look too bad with a clear finish, but painting it did make it look a lot better. I was able to show it off without apologizing for the materials I used. In fact, I was perfectly comfortable explaining to people who saw it and asked about it that it did not cost a lot to build. Some of them had said they thought I was lucky to be able to afford to build it. Maybe some of them will build a boat now that they know you don't have to spend more than it would cost to buy one "off the rack."

Myself, I wasn't so sure that I could develop the skills I needed to do a credible job. I did not want to waste too much money on something that might turn out to be a mistake. Uncle John laughed about that when I called him. He told me he figured most of the boats built from his plans were not made from marine ply, and many just taped the seams and painted the boats. That was what it took to convince me to go ahead and give it a try. I'm really glad I did.

After a couple of years, the boat did develop some problems. Part of them was due to the fact that I didn't do a good enough job sealing the ply edges on the top of the sides, next to the rub rails. Got some rot there now, but I think it could probably be fixed. And up near the bow, on the bottom inside the boat, it looks like the top veneer had developed some sever ripples in the wood. The wood still seems to be strong. When I thump it, is still sounds solid, not like what I hear when I thump the part that I know has some dry rot in it. I've thought about cutting right through it with a circular saw, just to see what's going on in there. Still might do just that.

The thing is, for something that didn't cost me an arm and a leg to build, I've more than got my money's worth out of it. I was told by plenty of people here that things like this was likely to happen, and they were right. But I thought that if I went ahead and used the less expensive materials, I could actually get it built and that if it only lasted a couple of years, it would have been worth it. And I was right about that, pure and simple.

Now I've built another boat, my Glades Skiff. This time I used marine ply instead. Compared to the ACX, it was a pure joy to work with. A real, night and day difference. But if I hadn't gotten the confidence from building the first boat successfully, I simply would not have built the second one at all. Will it last any longer than the pirogue? I don't know. I'm "experimenting" with it, too. In the interest of "historical accuracy," the epoxy was mainly used just as a glue, and not as a coating. For the most part, the boat was nailed together. And the finish is just varnish, inside and out. (One gallon of it.)

If I had to build another Skiff like this one, I would like to use the marine ply again, but money being what it is, I'd have no problem using something else. It would come down to how things were going at the time and how much I wanted to build it. I'd make my decision and never look back.

Keep doing what you do. I'm sure you'll enjoy it, and certain that you'll inspire others to give it a try who might not, otherwise.

Keep up the good work!

Approx. a year for the plywood model out in the Louisiana elements. Rain, rain and more rain! We had about 25 inches of rain in just this last month.

This is the model after a scrubbing to remove the mud and grass clippings. 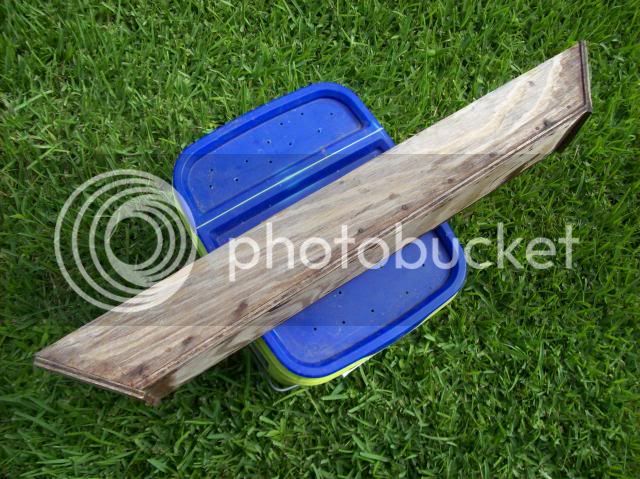 In this pic, you can see the only delamination on the model and the slight warping of one of the sides. 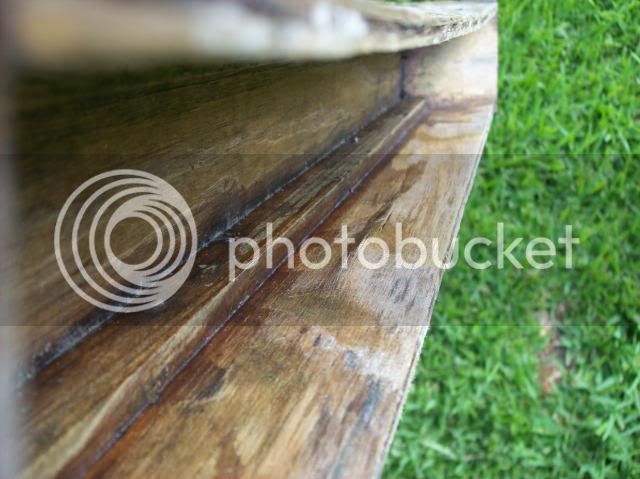 This pic shows the minimal amount of splitting and checking on the sides. Also, the lack of delamination on the edge. The douglas fir marine plywood I used a few years back looked way worse than this after six months with 3 coats of paint and stored out of the weather. 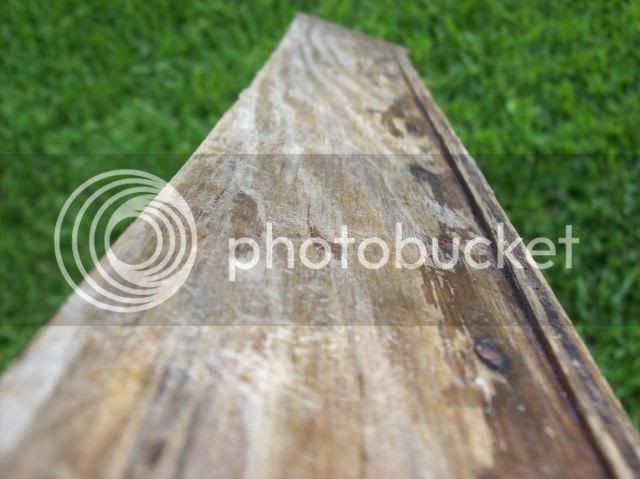 I hope this helps someone down the line.

Ok, same plywood model after 4 YEARS in the Louisiana sun and rain. No coating on flat sides......only Titebond III glue smeared on all edges except the "gunnels". The upper side in the second pic had been crushed by my lawn guy. The tiny amount of edge contact on the ends actually tore out the wood instead of the glue joint failing. One point for Titebond III. 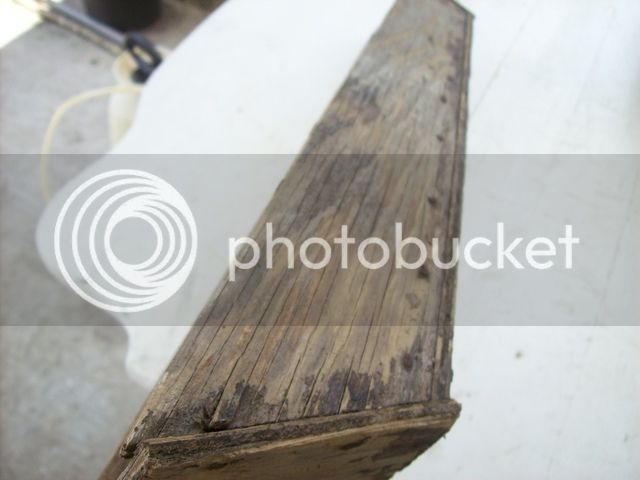 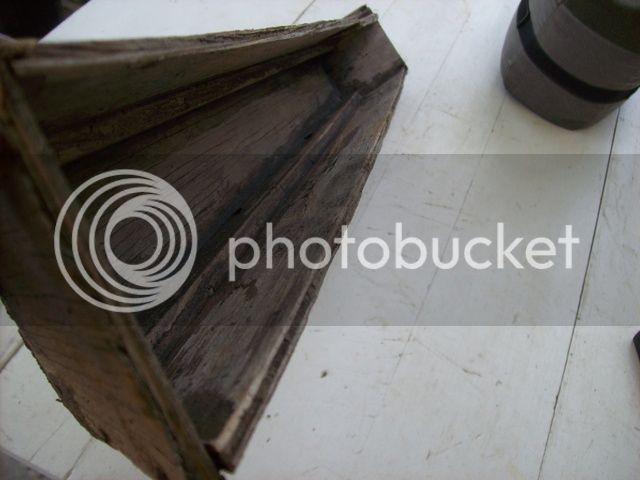 Now, I have to go look at a bottle of Titebond III.
Last edited by a moderator: Jun 19, 2017
You must log in or register to reply here.
Share:
Reddit Pinterest Email Link
Top Bottom